If you have been patiently waiting for the launch of the Wikipad gaming tablet which was supposed to launch in October last year, after partnering with GameStop.

You will be pleased to learn that the Wikipad is has now been re-launched, but this time with a 7 inch screen rather than the 10 inch screen of the original, and will be shipping for $250. 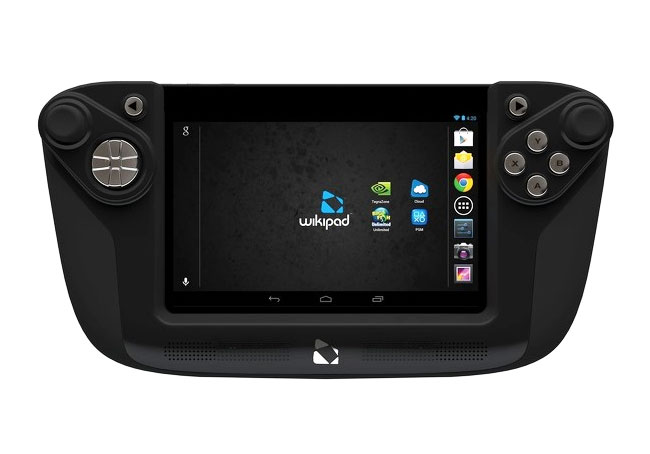 “The Wikipad is the evolution of gaming and tablets in one revolutionary product. It combines the best new hardware and software available with great innovative design to make a tablet that marries perfectly with its controller. Ultimate responsiveness equals ultimate game play.”

To re-cap the Wikipad gaming console has been designed as a tablet with a removable controller housing, and the new smaller screen version includes all the same technical specifications of the larger original.

Being powered by a Nvidia Tegra 3 processor with 16GB of storage expandable to 32GB with the use of the included microSD card slot. Wikipad president of sales Fraser Townley

“an unforeseen flaw” – “has absolutely, totally, 100 per cent been ironed out.” – “We could have put the product on the market and failed permanently… or duked it out and succeeded,” -“Given those circumstances, we had no choice. We were not going to put a product on the market that fails mechanically.”

The 10 inch version is still in the process of being developed but as yet, no information on pricing or worldwide availability has been announced, but as soon as information comes to light we will keep you updated as always.