Apple are set to unveil the iPad 2 this week on Wednesday the 2nd of March in San Francisco, we have already heard a bunch of rumors about what will be included in the new iPad 2.

Earlier today we saw a photo of a part that was reported to be for the new iPhone 5, and now we have another photo, this time of a part for the iPad 2 screen, but what is interesting is this one is white. 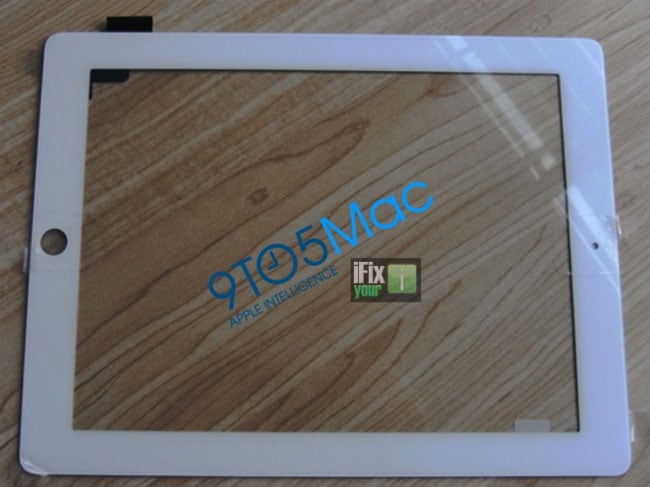 The guys over at 9 to 5 Mac have managed to get their hands on some photos of parts which are reported to be for the iPad 2 display and as you can see in the photo below there is also a small hole at the top which would be for a FaceTime camera.

This is a bit of a surprise to be honest, the last thing we thought Apple would be releasing would be a white iPad, especially considering all the problems that Apple has had with delivering a white iPhone 4.