Apple is set to unveil the new iPad 2 later this week, and it is all we have been hearing about for the last few weeks, but what about the iPhone 5? The photo below shows a replacement part which is reported to be for the iPhone 5.

As you can see from the photo below, if this part for the iPhone 5 is genuine it will feature a larger display than the iPhone 4 and also a thinner bezel, this is something we have heard previously. 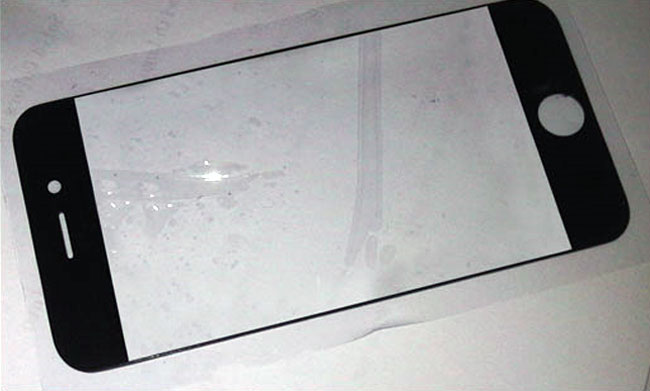 If this display part for the iPhone 5 is real, then we could see the iPhone 5 launch with a 4 inch display. We have also heard previously that the iPhone 5 will feature an upgraded processor over the current A4 chip found in the iPhone 4.

No doubt once Apple has unveiled the new iPad 2 on Wednesday all the iPhone 5 rumors will start up again, and we will probably see many more things like this until the iPhone 5 is officially unveiled.