Seen below is a concept plug that’s supposed to help us—conserve electricity. Anyway, the long and short of it is there’s a band of LED light that glows when the plug is powered on. When switched off, it offs, and the plug can be pulled. The genius behind this concept is Goonglue Jang and it’s somehow useful in a world that’s caught between the wired conventions and the wireless revolution. 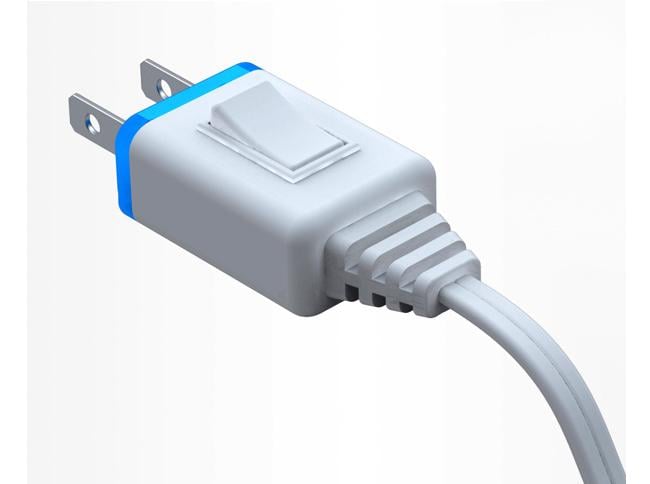 As concepts go, the Switch Plug isn’t gonna enter production any time soon, so there’s no word on pricing yet. That done, it’s time to move on and discuss something else, like the upcoming Transformers movie.

While Dark of the Moon promises the usual ingredients of a Michael Bay film—basically a series of numbing explosions—we’re actively wondering if Unicron will ever get to figure in the Transformers universe again.

So Unicron would be totally splendid in a contemporary Transformers movie. As to how he’ll be defeated is a headscratcher. In the original 1987 masterpiece it took Hot Rod and a glowing amulet to finally put a stop to Unicron’s madness.

Anyway, this is supposed to be about a concept plug, but really took off in a different direction. Y’all enjoy watching Dark of the Moon, ayt?