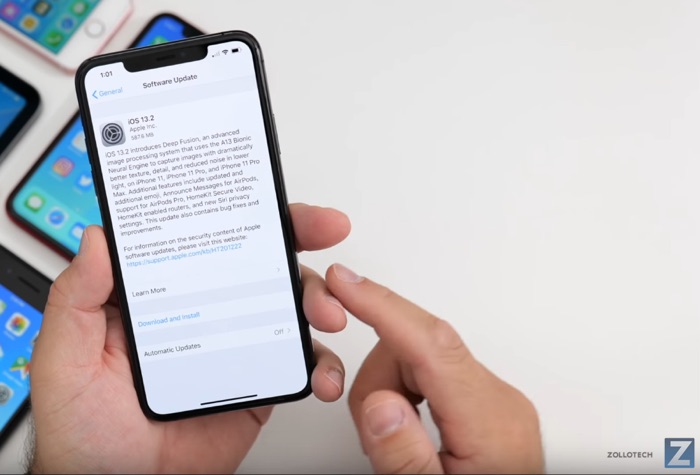 Apple’s new iOS 13.2 software is here, we just saw a speed test video of the software and now we have another video which gives us a look at what is new in the OS.

The video from Zollotech gives us a look at what is new in iOS 13.2, we get to have a look at the new Emoji and also the new range of features.

The new iOS update brings a wide range of bug fixes and performance improvements to the iPhone and iPad. It also comes with some new features including some new Emoji and also Apple’s Deep Fusion software for the camera on the latest iPhones.

The Deep Fusion is designed to improve photos which are taken indoor in average light, it uses Apple’s A13 Bionic processor so is only available on the new iPhone 11 handsets.

The iOS 13.2 software update is now available for the iPhone, there is also iPadOS 13.2 for the iPad. You can install the software by going to Settings > General > Software Update on your device.