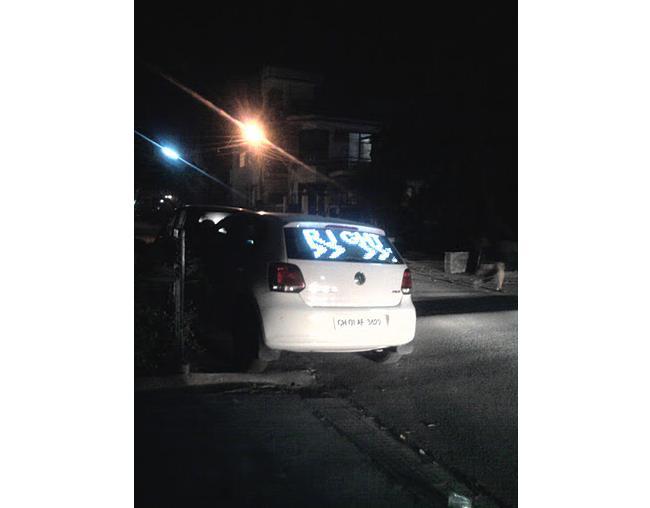 With the advice dispensed for the benefit of the willing, let this epic tale be writ. Apparently, somewhere on this Earth a driver frustrated by the poor skills of his driving peers finally took matters in his own hands. So did he go on a rampage?

Better, he installed a LED matrix behind his car to transmit messages to the morons around him. Indeed, well played, sir-ah.

A step-by-step slideshow can be found here.