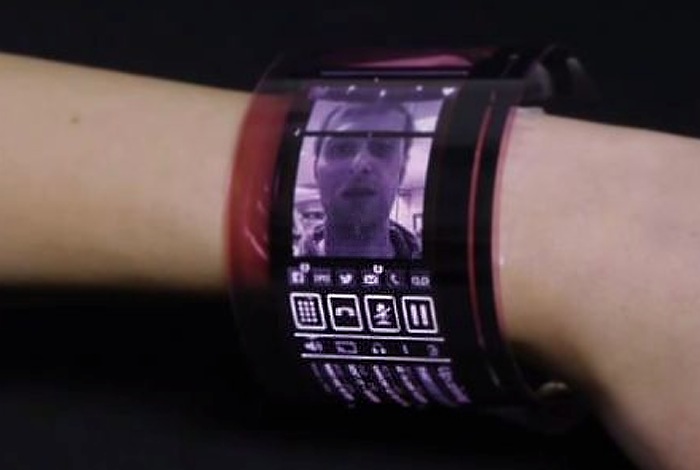 A new wearable flexible AMOLED display has been unveiled by manufacturer Plastic Logic this month who is well known for creating ePaper screens designed for eBook readers.

The latest flexible AMOLED screen has been specifically designed for use with curved devices such as smartwatches and bracelets and is capable of displaying 256 different shades of grey.

The Plastic Logic AMOLED display is also capable of offering screen refresh rates of up to 30 frames per second allowing it to possibly display video as well as just images and text based documents in the future. Watch the video below to learn more about the new flexible AMOLED display that could push forward the features of wrist worn wearable devices even further in the future.

Unfortunately at the current time the new flexible AMOLED is still in its development phases and is not currently ready for full-time manufacturer or a consumer launch. The Digital Reader website’s Nate Hoffelder was able to see the presentation of the new flexible AMOLED but at the current time the display is only capable of displaying red and not green or blue. Hoffelder explains :

“But even though it could only display red pixels, this is a good start towards a full color AMOLED screen which will look quite different from the grayscale epaper screen which PlasticLogic had originally developed for the Que, their ill-fated ereader.

That device launched in 2010 after several years of development only to be killed by the iPad, which cost less and did more. PlasticLogic has since gone on and adapted the screen from the Que to a number of uses, including signage, flexible electronics, etc.”

As more information is released about the flexible AMOLED screen as further developments take place we will keep you up-to-date on the latest news as always.