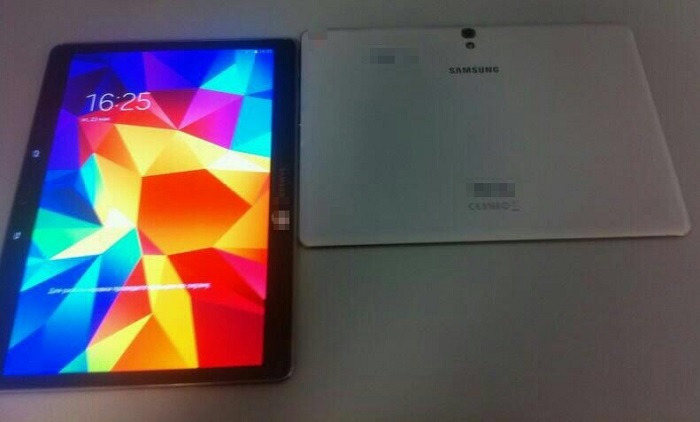 In the past few weeks, we’ve seen some leaks related to the upcoming Samsung Galaxy Tab S, a new tablet from the Korean OEM. Samsung has scheduled an event on June 12th where the company is rumored to take the wraps off the new device.

Recently, a blurry image of the alleged Galaxy Tab S made its way to the internet, showing the beautiful AMOLED display of the tablet.

The purported Samsung Galaxy Tab S 10.5 was even listed on a Finnish retailer, detailing the specifications it is expected to bring at the table, along with a price tag. If the product listing on Multitronic was correct, the tablet may come with a hefty price tag. But, we already know that gadgets are usually more expensive on European shores when compared with other regions across the globe.

Spec-wise, the alleged tablet will come with a 10.5-inch display with a resolution of 2560 x 1600 pixels, an octa-core Exynos 5420 processor under the hood with an 8MP camera for photos and videos. The purported device is also rumored to feature a 2MP front-facing camera, WiFi, Bluetooth 4.0 LE, GPS/GLONASS, LTE connectivity and should come with Android 4.4 KitKat with Magazine UX on top of it.

We’ll update you as soon as we hear anything more about the alleged tablet.