During Gamescom 2013 the interactive games and entertainment event which is currently in full swing Sony and Ubisoft have announced that their new game Watch Dogs will also be making the jump to the big screen, announcing a film based on the game is currently in production. 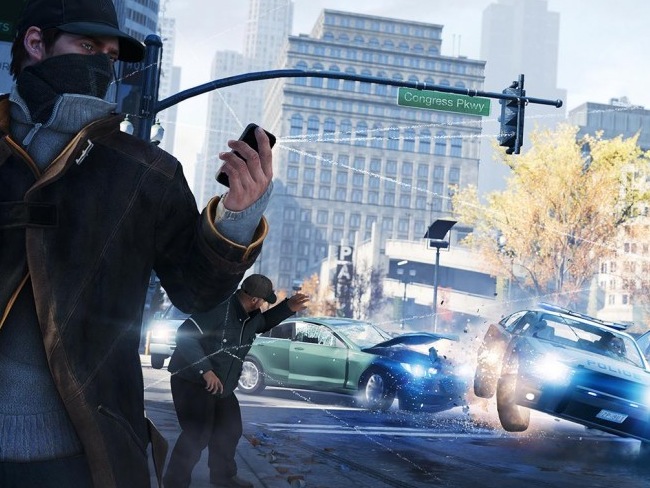 Ubisoft is partnering with Sony Pictures, as well as New Regency, to create the film but now released date for the new Watch Dogs film has bee set as yet. Jean-Julien Baronnet, Ubisoft Motion Pictures’ CEO, said in a statement.

“Since both Sony and Ubisoft have movie and video game branches, this deal creates exceptional opportunities for us to merge the realms of the story-based cinematic experience with the interaction of the Watch Dogs video game,”-“In addition, Sony Pictures and New Regency have deep production expertise and are letting us maintain a strong creative voice in the film’s development. Together, we’re confident we can deliver a movie that builds upon the excitement that the game is already generating.”

“Watch Dogs is set in Chicago, where a central network of computers connects everyone and everything, Watch_Dogs explores the impact of technology within our society. Using the city as your weapon, you will embark on a personal mission to inflict your own brand of justice.

You play as Aiden Pearce in Watch Dogs, a brilliant hacker and former thug, whose criminal past led to a violent family tragedy. While seeking justice for those events, you’ll monitor and hack those around you by manipulating the ctOS from the palm of your hand. You’ll access omnipresent security cameras, download personal information to locate a target, control traffic lights and public transportation to stop the enemy… and more.”