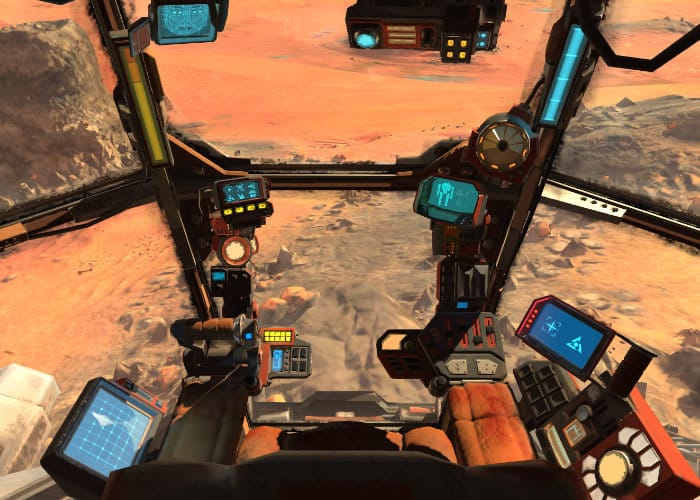 Space Bullet, developers of the new mechanical robot combat game, Vox Machinae have this week announced the games development would soon be entering into a closed beta testing phase, ready for a release sometime in 2018. Vox Machinae allows virtual reality gamers to enter into the cockpit of a fully loaded combat mech, and was first unveiled back in 2014 on early versions of the Rift. Watch the demonstration video below to learn more about the combat mechanics and what you can expect from the gameplay of Vox Machinae.

Features of Vox Machinae include offering gamers a unique mix of “weighty and tactical simulation with responsive action”, the ability to pilot a massive robot across hostile planets with your computer AI for Companionship. Within the game, players can choose from five distinct Grinder chassis, each with their own benefits. As well as being able to customise your mech load-out using an array of devastating weaponry.

Immersive physics simulation drives movement and combat in the game, and modes offer offline, local network or online combat for up to 16 players. Vox has been optimised to offer a smooth VR performance and enhanced visual quality whatever your VR hardware may be. The developing team have also recently added full motion controller support, providing the ultimate immersive mech combat experience.

If you are interested in taking part in the Vox Machinae closed beta development stage jump over to the official Space Bullet website to register your interest and put your name forward for possible selection. As soon as more release date details are announced for Vox Machinae, we will keep you up-to-date as always.