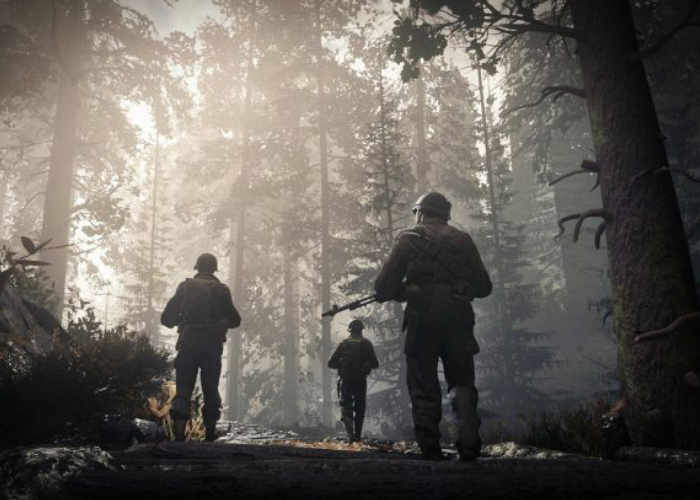 As previously announced Sledgehammer Games and Activision have today launched their new and highly anticipated new Call of Duty game which takes players to World War II. Call of Duty WWII is now available to play on the PlayStation 4, Xbox One and PC systems and is a first person shooter which has now removed the advanced system of movement present in the previous three Call of Duty games returning to a more traditional movement mechanic.

Call of Duty WWII also has a few other tweaks to gameplay including the removal of players to be able to regenerate their health, forcing them to rely on other players as medics and providing ammunition. As always a multiplayer mode has been incorporated providing the ability for players to take the side of either Axis or Allies. The game also now includes Divisions rather than a class system, enabling players to choose from one of five divisions each with their own specific basic combat training, division training and weapon skills. Five divisions featured in the game are:

– Infantry: The most versatile division in the game, it is equipped for mid to long range combat. The special skill of this division is the bayonet charge, which can lead to brutal melee combat.
– Airborne: This division makes players move fast while remaining quiet. Players in this division can attach suppressors to submachine guns at any time during combat which allows for more stealth based gameplay style.
– Armored: This division has the heaviest firepower, being able to mount machine guns and carry rocket launchers as secondary weapons.
– Mountain: This division focuses on long range combat, making sniper rifles more precise with aim assist and improving the aim through scope by blocking out surroundings from player’s view.
– Expeditionary: Shotguns used by players in this division have incendiary rounds that burn enemies to death.