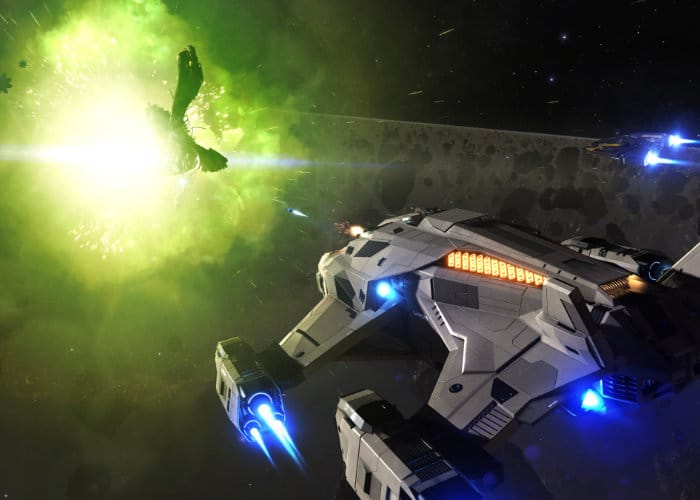 Frontier, developers of the awesome space simulation game Elite Dangerous have announced that the open beta for its next update entitled Beyond Chapter One will open its doors in a few days time on January 25th 2018, allowing those interested to view the new content for the first time. The new update will be available for free and is the first update of Elite Dangerous’ third season, following the Thargoids devastating assault on humanity’s starports. Check out the official trailer below to learn more about what you can expect from the new content that will be available to all Elite Dangerous players early in 2018.

Within the Elite Dangerous Beyond open beta, Wing Missions bring challenging team-based objectives for players to complete with friends and community members worldwide enabling commanders to share their adventures and rewards with allies while working together to overcome dangerous obstacles and missions. In addition Frontier has added advanced in-game Trading Data to help traders make more informed decisions and offer smoother transactions, as well as making information on the galactic economy more freely available for all.

Chapter One also features new improvements, enhancements and a complete overhaul of mission rewards as well as an altered crime and punishment system. The open beta will also allow commanders to fly a new Alliance warship: the Chieftain. Elite Dangerous Beyond Chapter One will be available for free to Elite Dangerous players on PC, PlayStation 4 and Xbox One in Q1 2018. For more information jump over to the official Frontier website by following the link below.