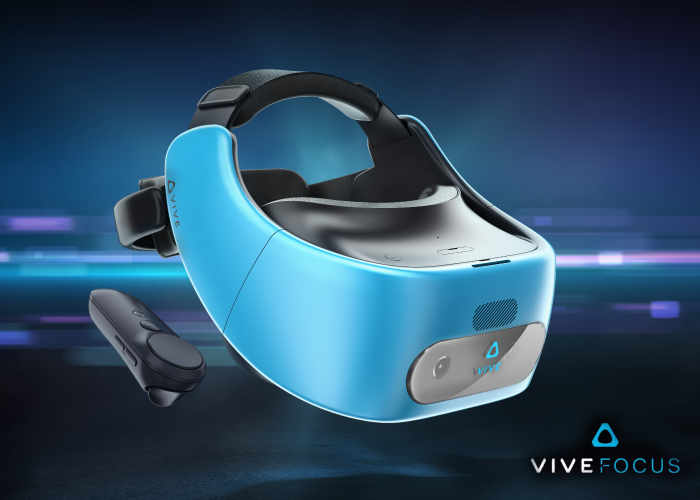 Today virtual reality specialists Vive have officially launched their new Vive Focus stand-alone VR headset which will be launched first in China before hopefully rolling out further afield. As well as announcing the new Vive Focus VR headset, Vive has also launched this week its new Vive Wave open platform which has been created to open up the path to easy mobile VR content development and device optimisation for third-party partners, explains Vive.

The new Vive Focus VR headset is the company’s first stand-alone hardware and is built on the new Vive Wave VR open platform. Offering users the ability to enjoy virtual reality environments without the need to connect to a smartphone or PC. Delivering 6-degree-of-freedom tracking (6DoF) which Vive calls “world-scale”. The Vive Focus headset is powered by the Qualcomm Snapdragon 835 VR Platform and comes supporting the library of VR content currently available on the Viveport service. Vive explains more :

Without the need to be attached to a PC or a phone, Vive Focus provides unlimited freedom of mobility while reducing the total cost for users to own a premium VR device in China. Its high-resolution AMOLED screen delivers the best possible VR experience, with low latency and unmatched clarity. Viveport also announced a global strategic partnership with Unity Technologies to enable the one-click publishing of VR content onto Viveport for PC VR, Standalone VR, and mobile VR developers.

Unity will integrate Viveport into its content platform and provide a more intuitive way for developers to utilize the new Vive Wave VR SDK. Unity will also integrate Viveport’s in-app payment and VR advertisement functions into its development system, with an initial focus on the China market, opening up even more revenue opportunities for its VR developer community.  For the remainder of 2017, Viveport is giving back 100% of all profit earned on its platform back to the developer community.

The Vive Wave VR SDK offers an open interface that enables interoperability between numerous mobile VR headsets and accessories, with Viveport as the content platform for compatible devices. This allows VR content developers to more efficiently and attentively develop content while offering them a much broader reach of potential customers across multiple vendors. Meanwhile, hardware partners are able to focus on true device innovation versus fundamental VR optimization, with access to much needed quality VR content through the Viveport platform. 500 reservation cards to get priority for receiving the Vive Wave Dev Kits (including a Vive Focus) were given out to qualified developers on-site.