Some of our readers might remember the VIA APC 8750 Android Mini PC which was launched back in August of this year for $49. If you have already purchased one you might be also interested to learn that a new clear acrylic case has been designed specifically to protect the VIA APC mini PC, but still allow the internal workings to been seen. 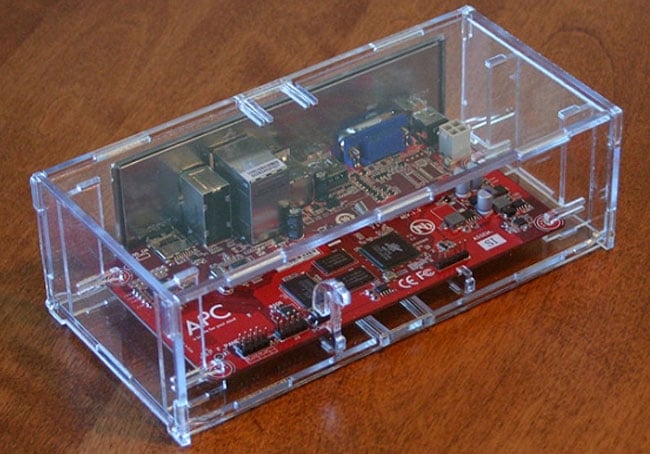 Just like the popular Raspberry Pi mini PC the VIA APC is also sold a board only and comes with no case to protect it from knocks and bumps. However the new acrylic VIA APC mini PC case provides extra protection for $20, and has been precision laser cut, for easy assembly without the need for screws or glue, and is available to purchase here. If you enjoy building Raspberry Pi projects you might be also interested in the awesome Raspberry Pi tablet created by Michael Castor.