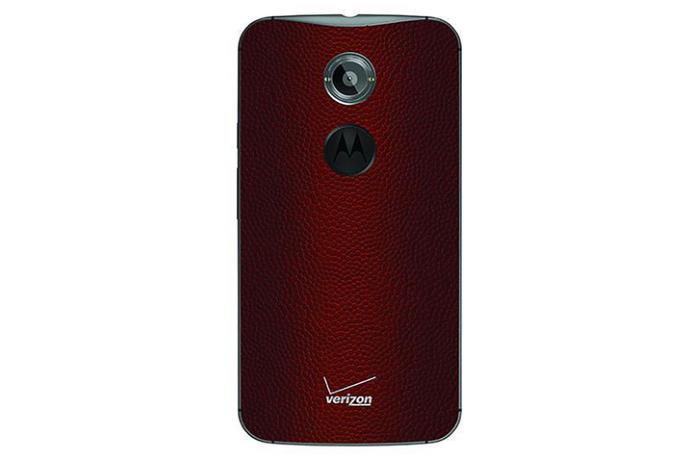 Not too long ago, a rumor suggested that Motorola will launch a red football leather back for the Moto X, destined to reach Verizon Wireless.

It turns out the rumor was spot on. Verizon has started offering the Moto X with a red “footbal leather” back for $119.99 tied to a two-year contract with the carrier. The new customization is exclusively available from Verizon.

As far as the specifications are concerned, there’s nothing different from the inside. The handset still features a 5.2-inch sporting a resolution of 1920 by 1080 pixels with a 424 ppi pixel density. Moto X is powered by a quad-core Snapdragon 801 chipset clocked at 2.5GHz with Adreno 330 GPU and 2GB of RAM.

The smartphone also features 16/32GB of internal storage, as well as a 13Mp camera for photos and videos, 2MP front-facing camera, a 2,300 mAh battery and runs Android 4.4.4 KitKat as its operating system out of the box. Motorola has already confirmed the handset will get the sweet taste of Android 5.0 Lollipop in the coming months.

What do you think about the new red football leather back? Are you going to get it from the Big Red? Let us know using the comments below.