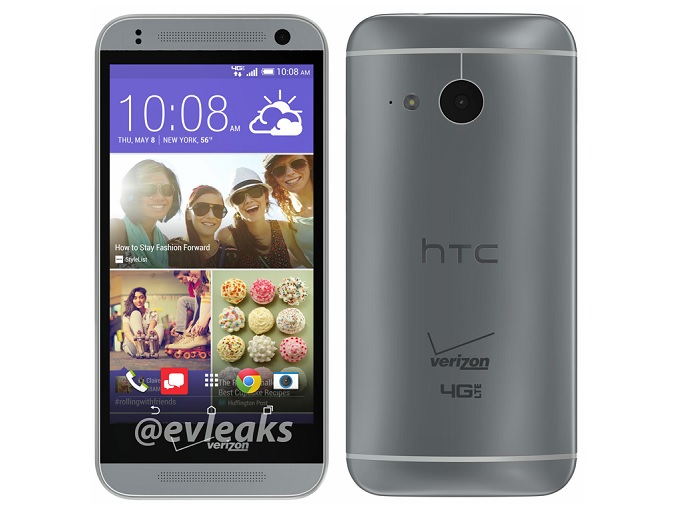 HTC One Remix has been leaked a number of times in the past few weeks, and it’s @evleaks most of the time. It was revealed that HTC One Remix is the One Mini 2 variant, but it’s destined to reach Verizon — yes, that’s the only difference.

Verizon has not announced the handset yet, but it should see the light of the day in the coming days. We doubt it will be any different than the One Mini 2 when it comes to internal specifications — it does feature a smooth metal design unlike the One Mini 2 and One M8. The handset should come with a 4.5-inch display sporting a resolution of 1280 x 720 pixels, with a quad-core Snapdragon 400 chipset under the hood.

Other features include 1GB of RAM, 16GB internal storage with MicroSD card slot for expansion, 13MP camera for photos and videos, 5MP front-facing camera, a 2,100 mAh battery and should come with Android 4.4.2 KitKat as its operating system with Sense 6.0 UI.

We’ll update you as soon as Verizon officially reveals the handset.