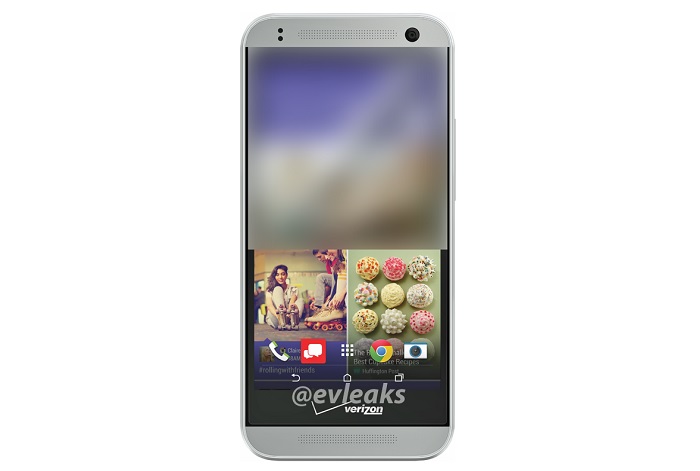 HTC recently released the mini version of its flagship device, HTC One Mini 2, which is expected to land on Verizon shortly. However, it will not launch with the same name. We’ve already seen a rumor saying that HTC One Mini 2 will launch as the  HTC One Remix on the Big Red.

Recently, the well-informed @evleaks shared a press render of the alleged HTC One Remix, with the usual Verizon logo on the front of the device.

The handset should come with a similar set of specifications as the HTC One Mini 2, and will feature support for Verizon’s 4G LTE. It’s also safe to assume the handset will come with a 4.5-inch display sporting a resolution of 1280 x 720 pixels resolution, plus a quad-core Qualcomm Snapdragon 400 chipset with 1GB of RAM under the hood.

Other features on the device include 16GB of storage with a microSD card slot for expansion, a13MP rear camera for photos and videos, plus a 2,100 mAh battery.

The new HTC One Remix will come with Android 4.4 Kit Kat, plus the latest version of HTC’s custom user interface, HTC Sense 6.0.

We will update you with more information as soon as Verizon announces the new HTC one Remix.