The Stunt People, have created an awesome first person lightsaber Darth Vader battle called Vader Strikes which they have released on to YouTube this week. 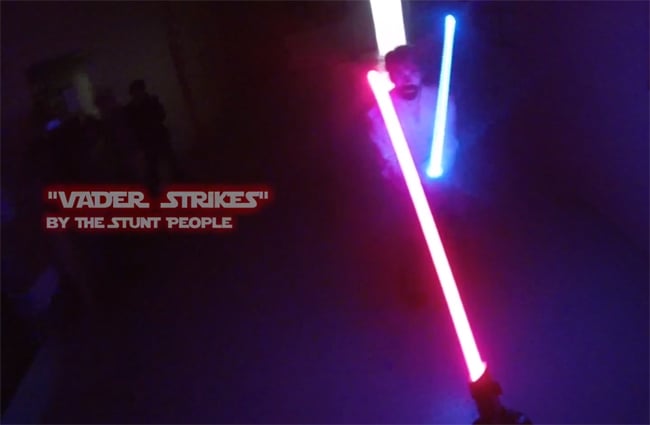 For more information on the awesome Vader Strikes first person light sabre battle and how it was created, The Stunt People team have published another video onto YouTube showing a behind the scenes look at how the battle was created, and you can expected a sequel to be released in the near future, say The Stunt People.