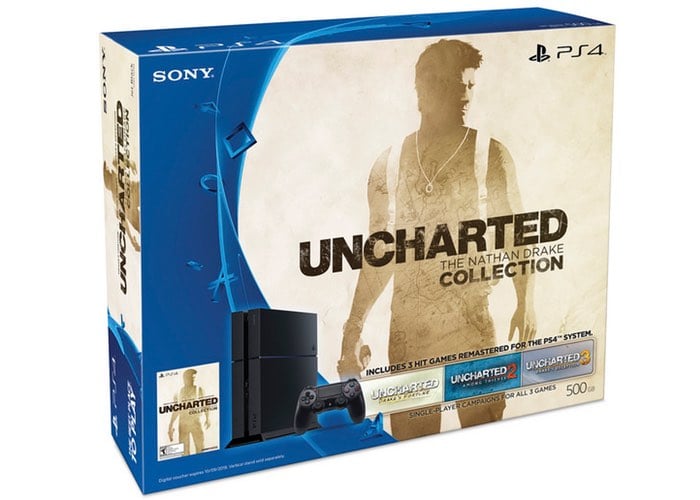 The PS4 Uncharted bundle will be priced at $400 and include a 500GB PlayStation 4 console together with the first three, critically-acclaimed Uncharted games for PS4.

Fans can also enjoy the single-player campaigns from Uncharted: Drake’s Fortune, Uncharted 2: Among Thieves, and Uncharted 3: Drake’s Deception that are all also included in the bundle. John Koller VP of Platforms Marketing, SCEA explains more :

The bundle is great for Uncharted fans who want to relive those epic moments of Nathan Drake’s globe-trotting adventures on PS4; with beautifully remastered graphics, brand-new game modes, and a host of gameplay refinements that evolve all three games.

It’s also perfect for anyone who wants to uncover the story of the famed fortune hunter for the very first time before the highly-anticipated release of Uncharted 4: A Thief’s End on March 2016. The games look incredible on PS4. As an additional treat, here’s a first look at our TV spot for the collection, which will air nationwide starting this Saturday.