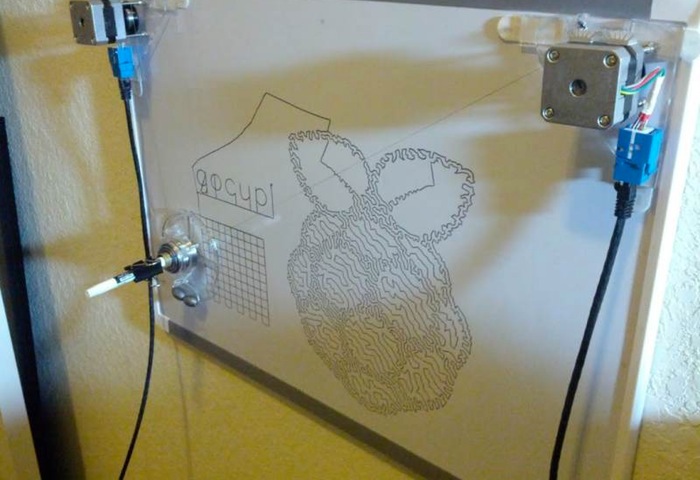 If you would like to use your Raspberry Pi mini PC to create some awesome artwork to add a little extra vibrancy to large flat areas within your home apartment or office you might be interested in a new device called the Gocupi.

The Gocupi system has been designed to transform a Raspberry Pi in a large scale Polargraph and includes all the hardware and software required to start drawing.

Brandon Dunson and Brandon Green based in Dallas Texas are responsible for creating the design of the Raspberry Pi Polargraph and has taken to Kickstarter to raise the funds to help take his concept into production. Brandon explains a little more about the inspiration for his awesome Polargraph system.

“Do you have a need to robotically draw images on any vertical surface using a robot? Don’t want to be limited by having to send gcode or commands to a tiny microcontroller that limits what you can draw? Then gocupi is exactly what you have been looking for!

Using the processing power of a Raspberry Pi along with a custom designed backpack board that contains the necessary components to control two stepper motors (and optionally a pen up servo on the upgraded model) you can easily draw almost anything on any surface a pen can write on. Our suction cup based motor mounts allow you to deploy the system anywhere in a matter of minutes and start drawing immediately. Anything from whiteboards, windows, walls, billboards, to posters becomes your canvas. 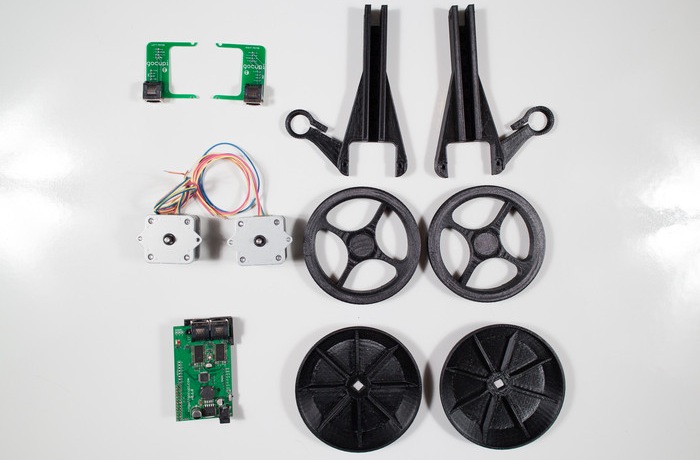 The goal of the base board was to make it as cheap as possible for the end user, to do that we used through hole components and left all the assembly up to you. The two surface mount chips will be soldered in place for you but the rest is your responsibility. You will also need to wire the stepper motors to the base board on your own, there are male header pins included with the board, assuming you would use a 4 pin “dupont” connector on the stepper wire leads.”

So if you think Gocupi is something you could benefit from, visit the Kickstarter website now to make a pledge and help Gocupi become a reality. The Gocupi system and source code have been created by Brandon Green, the system hardware has been developed by Brandon Dunson.