Lego tinkerers are unsung engineering geniuses, if you ask us. (Ever read about the Apple engineer who rebuilt a 3,000 year old computer out of Lego?) But then again, think of how dreary our lives would be without such inventive people to color it with awesomeness on occasion. If a book on Lego guns was rad, wait until you read about Dino_Martino. 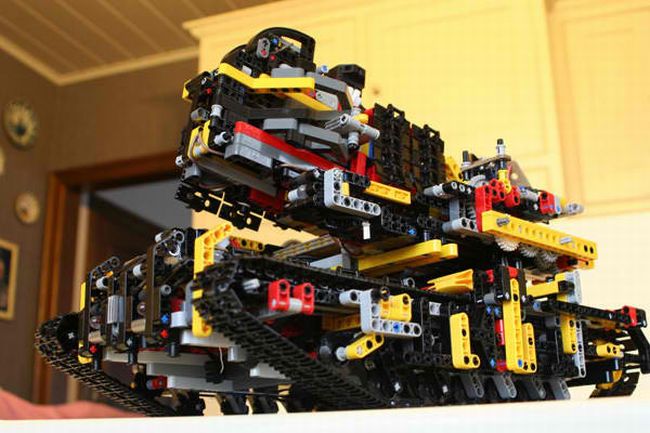 Dino-who? Martijn Hellemas in real life, a very enthusiastic DIYer who just built the machine-on-treads pictured above. More than just a cool toy to play around with, the LEGO tank Martijn built can fire projectiles using a laser dot targeting system controlled via tricked out PSP-Nx remote.

The Lego tank fires non-lethal (we hope) Lego brick projectiles and runs on a Lego Technic motor system as well as an MTRMX-Nx multiplexer.

Though not based on any particular armored vehicle, this Lego tank does bear a striking resemblance to the Russian 2S6M Tunguska mobile anti-aircraft system, a particularly fearsome armored beast in its own right.

While cheers and general wonderment are the expected reaction to Martijn’s impressive project, we have a feeling Skynet must be watching this closely.