Ever heard of Xubor? Nope, Xubor isn’t an alien. Xubor is a guy from Germany who spends hours and hours constructing Lego guns. We’re not talking about Lego blocks shaped like guns, but real projectile firing (non-lethal) builds. 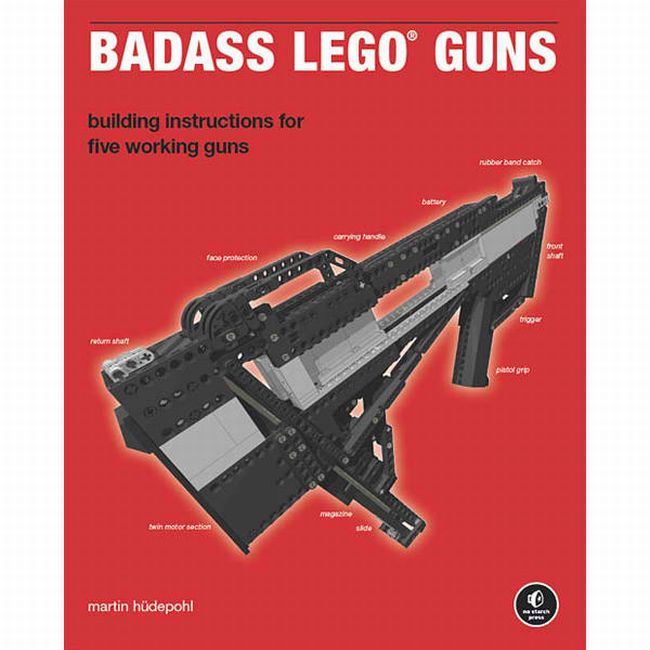 Xubor, who has been into Lego guns for 20 years now, just released a book under his own name Martin Hudepohl. “Badass Lego Guns: Building Instructions For 5 Lego Guns”   is available in Amazon for $18. Hudepohl/Xubor also prepared a riveting trailer that can be viewed by clicking the source link down south.

Here’s a good chunk of introductory text from the bookstore site selling the Lego Gun book:

Trust us, it’s the height of radness.