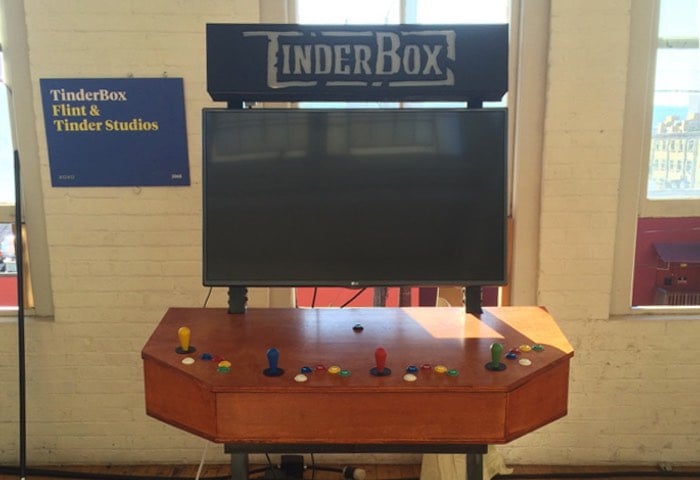 A new type of arcade cabinet has been created called TinderBox, which has been specifically designed to provide a way for indie games to make away into retail locations such as bars and coffee shops, allowing visitors to these establishments to play games they may not have normally discovered.

The TinderBox system takes the form of a in-development arcade unit designed specifically to hold a variety of free indie games and has been created by Jack Meade who explains more.

The whole point of this thing is to get locally made games into local establishments. So you can get the people who are making games in Portland [for example] to get their games on display in an arcade cabinet at some nearby bar that they can then go to and watch people play. And they didn’t have to convince Steam to put it on there. They didn’t have to convince people to buy it.

The idea is that Tinderbox will have a back-end hub that hosts a catalogue of registered titles and bar or arcade owners can buy or rent a cabinet then decide which handful of games they want to feature at their establishment on any given day.

The TinderBox is a Portland-made Indie Game Machine featuring an assortment of locally-made games, many of which do not exist anywhere else! With an inviting cabinet design and a developer-friendly backend, the TinderBox brings communities of game developers, players, and venues together to create and play content from both local and global communities.

For more information on the new Tinderbox indie game arcade system jump over to the official website for details via the TinderBox link below.