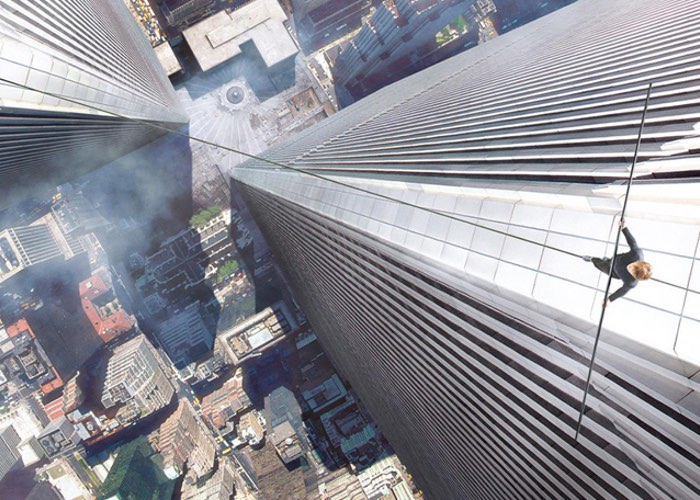 To promote the new movie that will be arriving in theatres next month called the ‘The Walk’. Sony have created a PS4 Morpheus virtual reality experience to provide users with the feeling of taking the walk between the Twin Towers.

Watch a trailer for the movie and for the new VR experience from Sony for their PlayStation 4 Morpheus VR headset.

Robert Zemeckis’ latest film The Walk, which chronicles the real life events of French high-wire artist, Philippe Petit (played by Joseph Gordon-Levitt), who shot to fame for his daring high-wire walk between the Twin Towers of the World Trade Center in New York City in 1974.

The Walk is the true story of a young dreamer, Philippe Petit, and a band of unlikely recruits who together achieve the impossible: an illegal wire walk in the immense void between the World Trade Center towers. With little more than nerve and blind ambition, Petit and his ragtag crew overcome daunting physical obstacles, betrayals, countless close calls and overwhelming odds to beat the system and execute their mad plan.