If you are an avid Portal fan and have ever wondered what goes on behind the scenes to create a highly anticipated sequel title. Geoff Keighley’s The Final Hours of Portal 2 is a three-year multimedia project that details the studio’s creative ups and downs in bringing Portal 2 to market.

The Final Hour of Portal 2 interactive iPad Story takes into the top-secret office of Valve, creators of Half-Life, for an unvarnished, behind-the-scenes look at the making of its latest game Portal 2 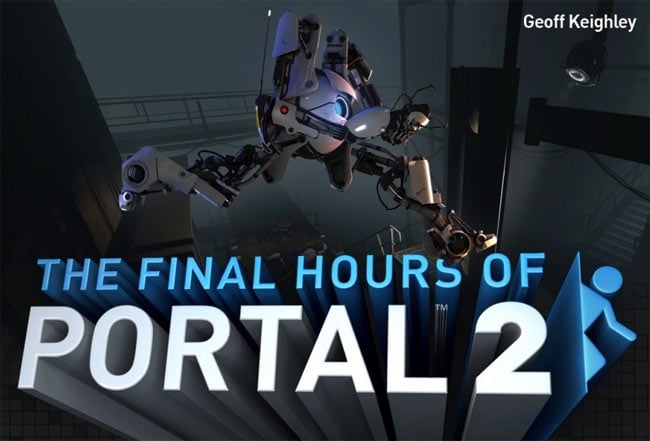 Keighley explains how he got involved with the project:

I was a huge fan of Valve, and it is one of a very small handful of developers that gamers are interested in hearing the story about the company as well as the game. They have made a ton of great games over the years. I read in Forbesa few months ago that per employee they make more profit than Apple or Google. It’s such a popular interesting company, and they really push game design in new directions. So all those things combined led me to say, “Hey, there’s an opportunity to write a story about the making of their game.”

The iPad app The Final Hours of Portal 2 is now available to purchase on the Apple iTunes App Store for $1.99. (310mb download)

More information about the project is available on the The Final Hours of Portal 2 website.