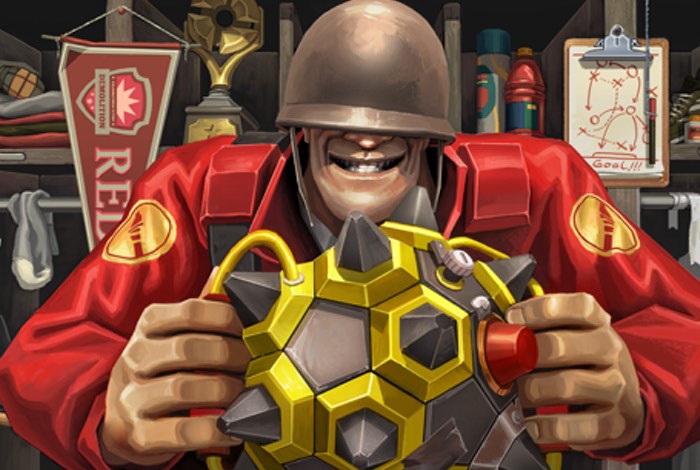 This week Valve and the Bad Robot production company headed by JJ Abrams have announced a partnership to create a new mode for the popular Team Fortress 2 game.

The new TF2 mode called PASS Time combines soccer, hockey and basketball and sees RED and BLU “face off in an epic battle to score more goals than their opponents”.

Coordinated passing, aerial shots, interceptions, team-based formations and plays, defensive lines and the like make for strategically chaotic play. The “jack” is a ball that, when carried, replaces your weapons.

Teamwork is key in protecting the jack-carrier. Pass and shoot with your primary fire. Pick up and intercept by simply touching the jack. Melee an opponent carrier to steal. Carrying the jack also gives that player boosts.

Skills needed to excel at TF2 PASS Time include :

– Passing – A critical aspect of PASS Time play. Team-based passing is a surefire way to get the ball away from your goal, and into your opponents’, as quickly as possible.

– High-Flying Action – PASS Time introduces speed boosts and jump-pads. Nothing beats the rush of a mid-air shot-on-goal or interception.

– Defense! – A balance of offensive and defensive strategy is key. Goalies can be the difference-makers in PASS Time.

– Sudden Death – As with most sports, try not to die. Especially if the match ends in a tie—’cause that’s when true Sudden Death kicks in.

Jump over to the TF2 website blog for more details and how to play.