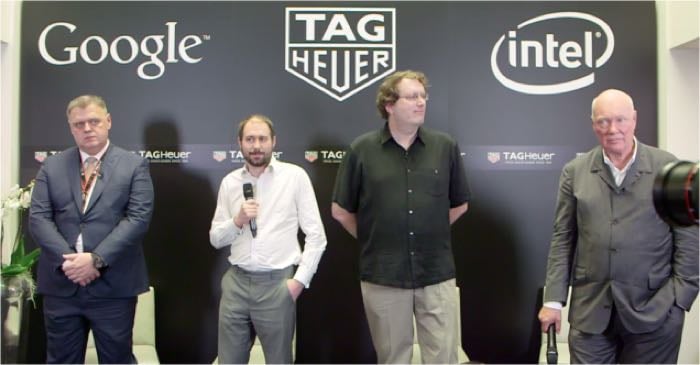 Earlier today we told you about the new Tag Heuer smartwatch that the company is working on with Intel, now Tag Heuer have revealed that they have also partnered with Google on this new smartwatch, which means that the device will, come with Android Wear.

Tage Heuer and some people from Intel and Google have announced that the three companies are working on a luxury smartwatch.

We heard earlier that this new smartwatch will be based on the Tag Heuer Carrera, which is one of the companies most popular models.

The device will basically be a digital copy of a the Carrera watch but will come with all of the features of a smartwatch. The company has plans to design the device so it looks like an analog watch, including the watch face, although everything on the device will be digitial.

As yet there are no details on when this new luxury smart watch will be released, as soon as we get some more details we will let you guys know.