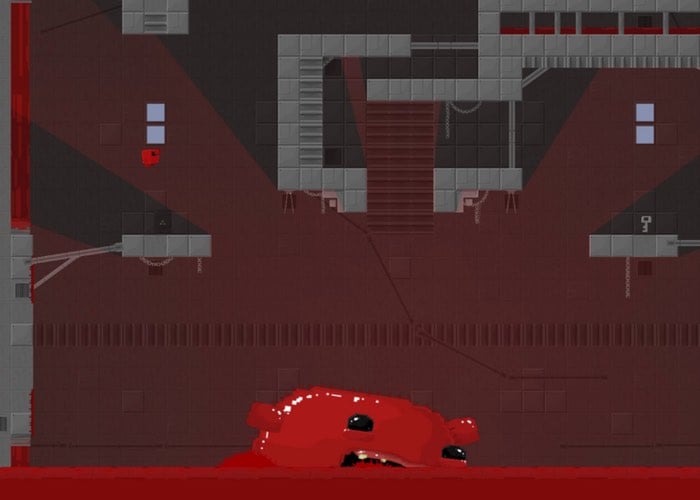 A launch date has this week been announced for the arrival of the highly anticipated Super Meat Boy game on PlayStation 4 and PS Vita.

Tommy Refenes from the developers Team Meat explains a little more about what you can expect from the game and its new soundtrack.

Long story short, we couldn’t secure the rights to include the old soundtrack with the release of the game on PS4 and PS Vita. Now don’t be too bummed because we had the opportunity to work with our favorite artists to re-score Super Meat Boy to celebrate its 5th Anniversary. Our dream team of artists consists of:

• Matthias Bossi and Jon Evans, known the world over as Ridiculon (whose most recent work includes The Binding of Isaac: Rebirth), provided the bulk of the soundtrack. They took care of The Forest, Hell, The Rapture, and The End, as well as the intro music and title screen. They also re-scored all of the cutscenes and miscellaneous ditties. Their work is always stellar and Super Meat Boy is no exception. Ready yourselves for some devilishly gruesome guitar work, my friends.
•
• David “Scattle” Scatliffe of Hotline Miami fame used his unique moody style to create incredible tracks for The Hospital and the Salt Factory. His mastery will leave you wondering if the shakes you’re having are from the intense levels or the creepy/industrial bliss your ears are soaking in.
•
• Laura Shigihara of Plants vs. Zombies renown scored The Cotton Alley in her style to give Bandage Girl’s levels a gentle, feminine touch that provides a fitting counterpoint to the hardest levels in the game.