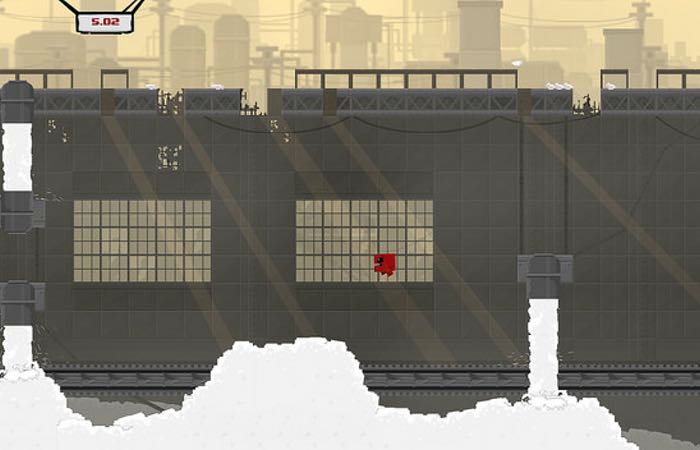 Tommy Refenes from Team Meat has today announced over on the playStation Blog that Super Meat Boy will be launching on the Sony Playstation 4 games console as well as on the handheld PS Vita.

Super Meat Boy will be launching during the fall of 2015 on both Sony games machines and can be seen in action in the new trailer below.

Super Meat Boy will be free on Playstation Plus at launch as a way of of the games developers saying thanks to all those PS gamers that have been patiently waiting.

“Once upon a time, two friends named Tommy Refenes and Edmund McMillen got together to make a game. They called that game “Super Meat Boy”. They were forced to form a company by “the Man” and that company was given the name “Team Meat”, they did not pick this name, it was on some promotional information for a press event they attended and being the savvy businessmen they are they took a note from Warren “G” Buffett and rolled with it.

For 18 months they both slaved away creating the greatest platformer they possibly could. The process was hard and very well documented in Indie Game: The Movie. Neither Tommy nor Edmund expected Super Meat Boy to be a huge success. Much to their surprise, everyone wanted the game, including some very disappointed PlayStation fans.”