A new beta gameplay trailer has been released for Strike Vector, a new kind of fast FPS which takes place in the sky in a post-apocalyptic cyberpunk world.

Strike Vector has been created in just 15 months by only 9 developers and is currently allowing gamers to sign-up for beta development access. Check out the trailer after the jump to see what you can expect from the new game once it officially launches next year. 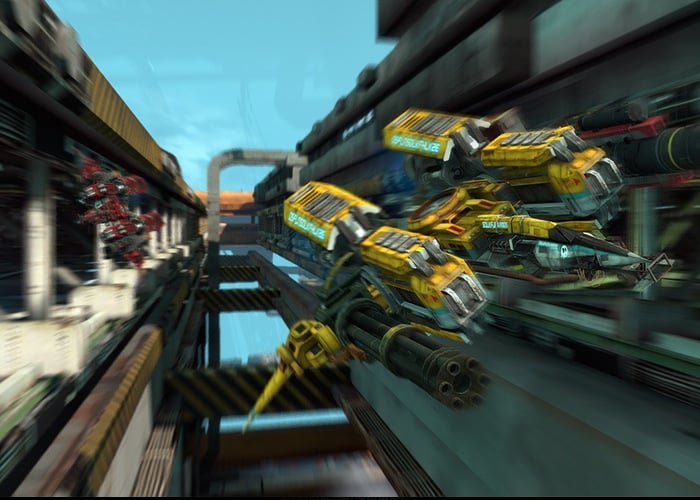 In the pure tradition of the sacred monsters of hardcore FPS such as Quake 3, Strike Vector will offer you a massive challenge if you want to stand against the best players :

– Juggle with the two transformation modes to surprise and eradicate the other players.
Rush to the fight and carpet bomb the battlefield with the Jet mode and engage the enemy in lethal close combat with the hover mode.

– With 8 unique weapons and a lot of specialisation perks, try to create the best combination to rocket the score board to the top.

– Prepare for a massive adrenaline rush when you’ll be flying across 8 gigantic and unique industrial sci-fi arenas where a crash is waiting for you at any moment.

– Customize your Vector the way you like with a choice of various cockpits and engines to be the pimpiest pilot around !