If you missed The Witcher 3 Wild Hunt gameplay trailer that was shown during E3 earlier this year, you might like the new Sony branded version that has been released today. Its marketed as a debut gameplay trailer even though it was shown at E3. But its definitely worth another look even if you did see it first time around.

The Witcher 3 Wild Hunt game offers players a vast virtual land 35 times bigger than the land mass in The Witcher 2: Assassins of Kings and offers a living, open world full of meticulously created quests and points of interest to enjoy and explore during gameplay. 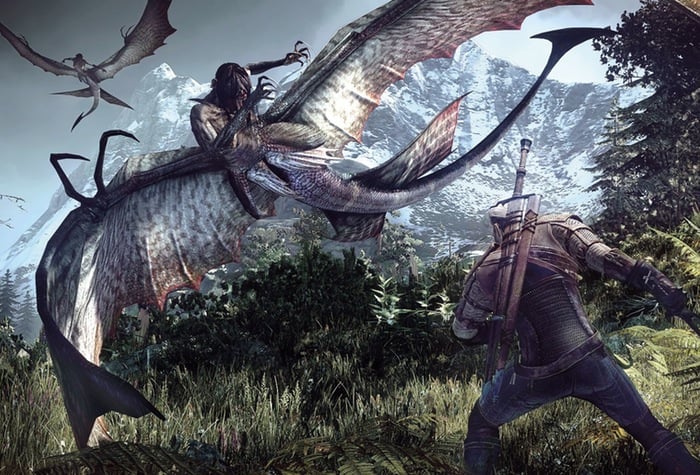 Sony explains: “The Witcher 3 Wild Hunt – Debut Gameplay gives you an sneak peek into the vast and gritty world of Geralt of Rivia, the witcher. Experience a realm where morality is not a simple choice between good and evil and where every decision ripples through the one hundred hours of gameplay CD Projekt RED has hand-crafted to meet the needs of the RPG fan.”

The Witcher 3 Wild Hunt will launch on Xbox One, Playstation 4 and PC sometime in 2014. As soon as more information comes to light about a release date we will keep you updated as always.