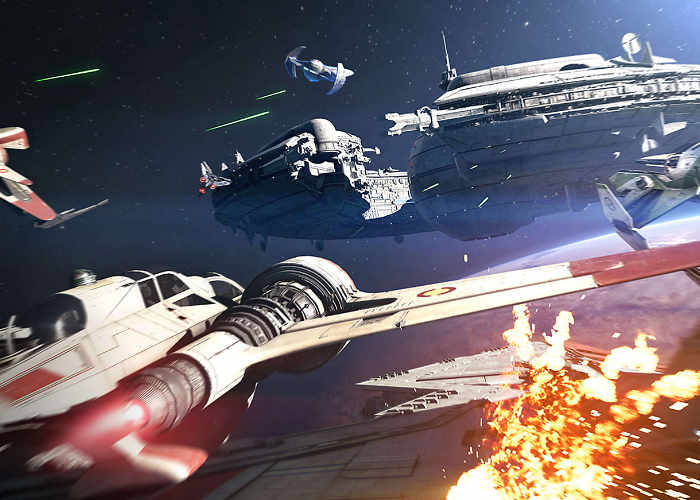 If you would like to know more about the different modes that will be available in the upcoming Star Wars Battlefront II that will be launching in a few times time on November 17th, 2017 and will be available on the PlayStation 4, Xbox One and PC systems providing a sequel to the hugely popular reboot of the series launched in 2015. Check out the videos below to learn more about three of the modes within the Star Wars Battlefront II game :

– Head into Star Wars Battlefront II with Arcade Mode. In Team Battle, you play against a friend to be the first to defeat 75 units. In Onslaught, you want to defeat 25 players as fast as possible.

– Welcome to Strike Mode in Star Wars Battlefront II. This close quarters mode is made for tight knit gameplay that allows the different classes to shine in iconic Star Wars locations.

– Dive into Galactic Assault Mode in Star Wars Battlefront II, a 20 vs. 20 game mode that brings iconic battles from the Star Wars universe to life in the expansive multiplayer.

Rush through waves of enemies on Starkiller Base with the power of your lightsaber in your hands. Storm through the jungle canopy of a hidden Rebel base on Yavin 4 with your fellow troopers, dispensing firepower from AT-STs. Line up your X-wing squadron for an attack on a mammoth First Order Star Destroyer in space. Or rise as a new Star Wars hero – Iden, an elite Imperial special forces soldier – and discover an emotional and gripping single-player story spanning thirty years.

Experience rich and living Star Wars multiplayer battlegrounds across all three eras: prequel, classic, and new trilogy. Customize and upgrade your heroes, starfighters, or troopers, each with unique abilities to exploit in battle. Ride tauntauns or take control of tanks and speeders. Down Star Destroyers the size of cities, use the Force to prove your worth against iconic characters such as Kylo Ren, Darth Maul, or Ha