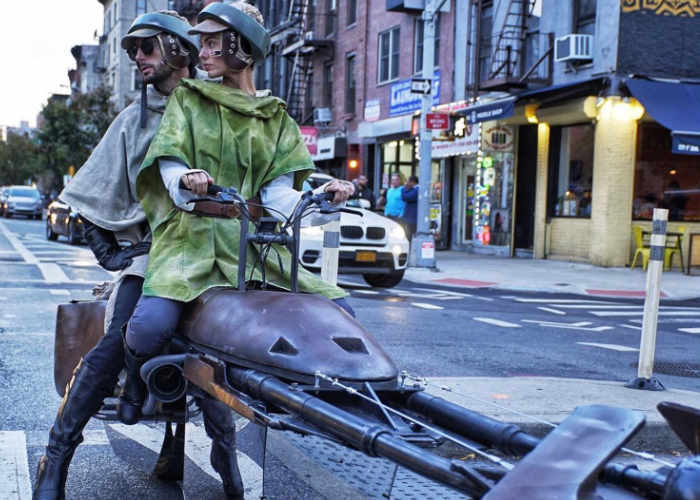 To celebrate Halloween in style Jesse Wellens and Carmella Rose have created their very own Luke Skywalker and Leia Organa costumes complete with Star Wars Speeder bike created by Lithium Cycles. as you will see in the videos below the Star Wars Speeder costume bike is fitted with mirrors covering the wheels of the bike and providing the illusion that the speeder is hovering above the road.

Speeder bikes are common sights throughout the galaxy, with manufacturers turning out both civilian and military models. One of the best-known speeder bikes is the Aratech 74-Z, which saw service during the Clone Wars and remained a mainstay of Imperial forces during the Galactic Civil War. All speeder bikes are capable of high-speed travel and require skill and fast reflexes.