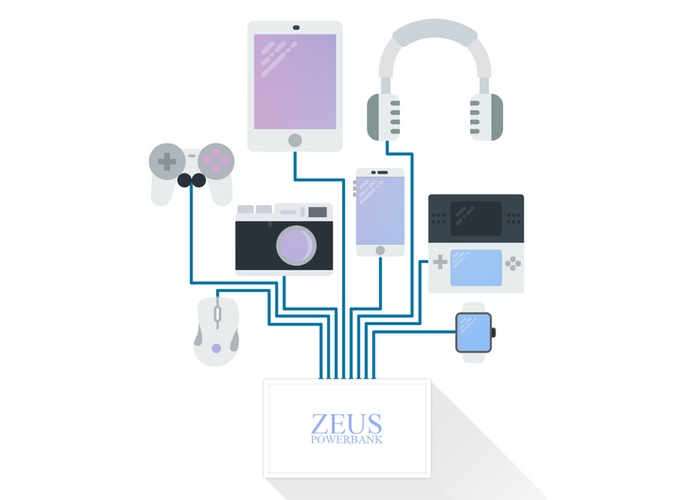 Jakob Bay has created a new palm-sized powerbank called the ZEUS Hybrid which is capable of charging your flat smartphone battery to full in just five minutes.

Watch the demonstration video below to learn more about this new portable battery pack which is taken to Kickstarter to raise the funds it requires over the next 30 days.

The ZEUS Hybrid POWERBANK brings professional grade components into the consumer market. Before ZEUS, supercapacitors were mostly seen in industrial environments, we are here to change that. Supercapacitors have a big list of pros in opposition to conventional lithium-ion batteries, which is the most common type of battery.
Supercapacitors are primarily made from carbon which is one the most common resources available on earth. It is also easier to recycle carbon than lithium, which is already a scarce resource.

Supercapacitors does not charge using a chemical reaction like lithium-ion, which gives them a handful of advantages: Firstly they do not turn hot when they charge. Secondly they have a much lower internal resistance, which make them more energy efficient than lithium-ion cells. Thirdly they do not weaken as fast as lithium-ion cells. In fact, the ZEUS will probably be able to charge your smartphone 20 years from now as it has a 100x more charge cycles compared to a regular power bank.