When it rains, it pours. The rumor mill is working in full steam, and it seems Samsung Galaxy S5 is the only thing it’s working on. Not too long ago, we heard  that Samsung will launch the standard version of the handset at their Unpacked 5 press event, with the QHD model to follow in the coming months.

Now, a report from Korea suggests the Standard version of Samsung Galaxy S5 with 1080p display will be dust and water-resistant. It goes pretty much with the teaser image we saw at O2 Germany website a few days back that showed the alleged Samsung Galaxy S5 submerged in water. 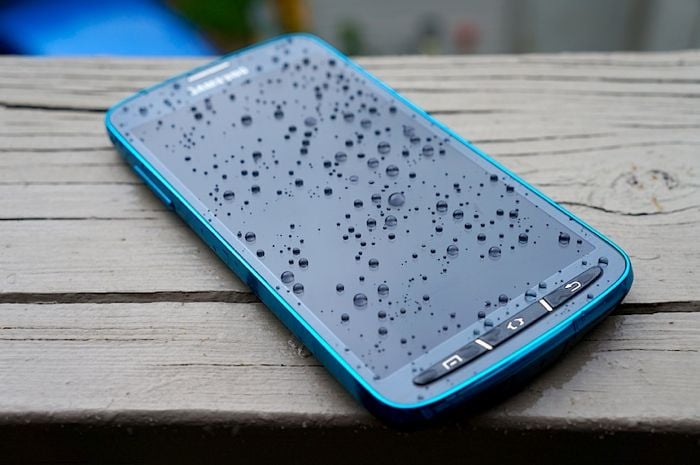 Last year, Samsung did launch a water-proof version of the Samsung Galaxy S4, but it was months after the launch of the standard version. But, it seems things might be a little different this year as the Korean OEM is said to introduce dust and water-resistant features in its high end devices, starting with the highly rumored Samsung Galaxy S5.

“For the previously released Galaxy S4, water-proof and dust-proof capabilities were adapted to the handset’s variants. But for the Galaxy S5, the standard model will have them immediately,” one of the sources said.

Samsung is also rumored to introduce a fingerprint sensor in the upcoming Samsung Galaxy S5, which will be integrated in the home button similar to the iPhone 5S. It may not work in a similar fashion as iPhone 5S as it’s rumored to come with a Swipe sensor.

In less than week, we’ll find out everything we need to know about the alleged handset, so make sure you mark your calendars for February 24th as that’s the big day for Samsung, as well as its fans.