The alleged Samsung Galaxy S5 has been leaked extensively in the past few months. We’ve seen countless rumors giving us a sneak peak at what we should expect from the upcoming flagship device from the Korean OEM. It won’t stop until Samsung officially unveils the handset. 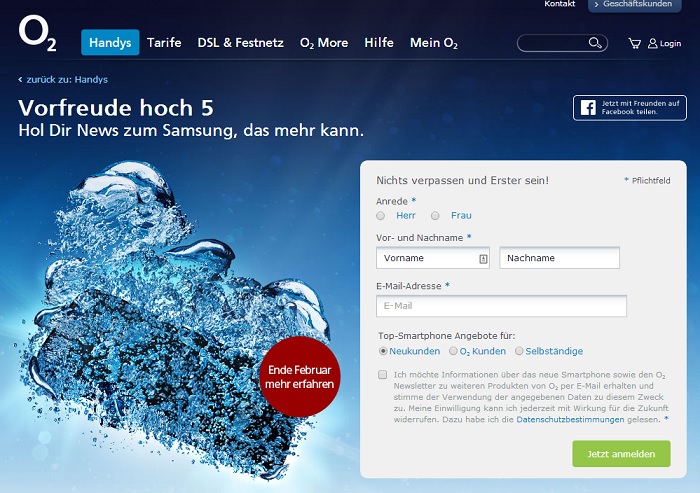 The company has put up a pre-registration page for users who want to know about the launch of the handset, and mentions the launch date to be end of February, which we already know as Samsung’s MWC press event will take place on February 24th. And, Samsung is expected to take the wraps off of its highly anticipated Samsung Galaxy S5 at the event along with a bunch of other products.

Based on rumors, there will be two versions of the handset: Prime and Standard. Both versions will come with a slightly different specifications, with one featuring a 2560 x 1440 resolution while the standard one will ship with a 1080p, along wit ha 5.2-inch display.

Other specifications include a Snapdragon 805 or Exynos 6 Octa chipset under the hood with 3GB of RAM/2GB for the standard version, 32/64GB storage on board, 16MP camera, a bigger battery (possibly 3,000) and is expected to ship with Android 4.4 KitKat with a new TouchWiz UI pre-installed out of the box.

As I said before, mark you calendar for February 24th as it’s going to be a big day for all Samsung fans.