Samsung are also expected to use this new TouchWiz UI on their Tizen handsets, which is something we have been hearing for some time. 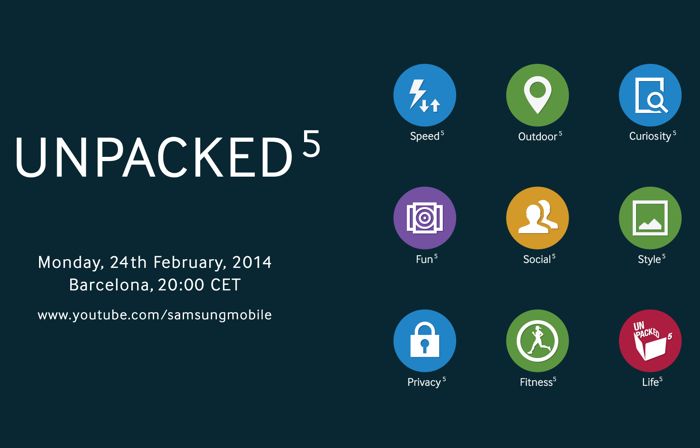 The photo below is either of a Tizen smartphone running Samsung’s TouchWiz UI or from the Samsung Galaxy S5, and as you can see the icons are the same as the ones Samsung showed us yesterday.

The Samsung Galaxy S5 is rumored to come with a 5.25 inch HD display with a QHD resolution of 2560 x 1440 pixels, the handset is expected to be powered by a quad core 2.5GHz Snapdragon 805 processor.

We are expecting the Samsung Galaxy S5 to be announced at Samsung’s Mobile World Congress press conference on the 24th of February.