Slides have been published over on the German news site Mobiflip which have leaked details revealing Sony’s latest tablet, which will be the successor to Sony’s current Tablet S device, and referred to as the “Xperia Sony Tablet”.

The leaked images reveal that Sony has been busy developing the design of the original Tablet S and have created a lighter and thinner version with the Xperia Sony Tablet, with more power provided by a Tegra 3 processor. 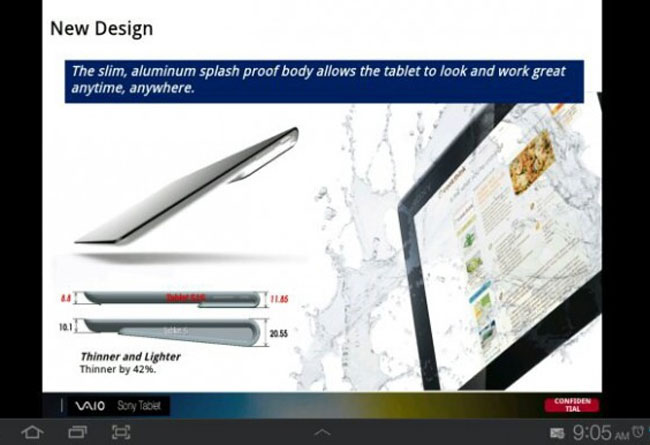 Sony’s latest creation is approximately 42 percent thinner than the current Tablet S, and will run Google’s Android 4.0 operating system, and is equipped with a powerful battery that is capable of providing up to 10 hours of Wi-Fi browsing.

Other features include options for either 16 GB, 32 GB, or 64 GB of internal storage together with 3G connectivity. The leaked presentation images also reveal Sony’s new keyboard case designed for the Xperia Sony Tablet. The design for the Xperia keyboard case takes ideas from Apple’s Smart Cover and Microsoft’s Surface keyboard cover, and will be available for $59.99 once officially launched. 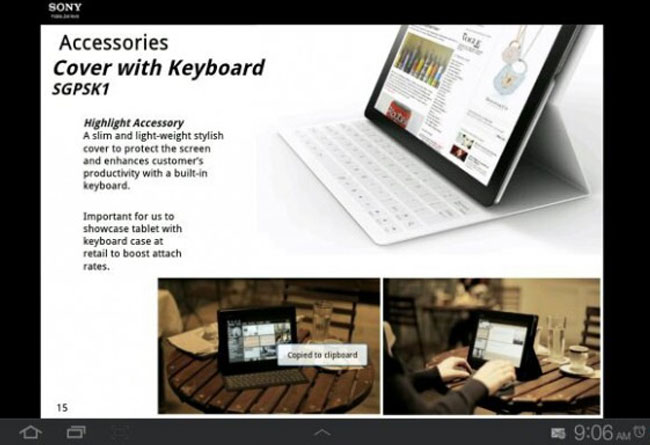