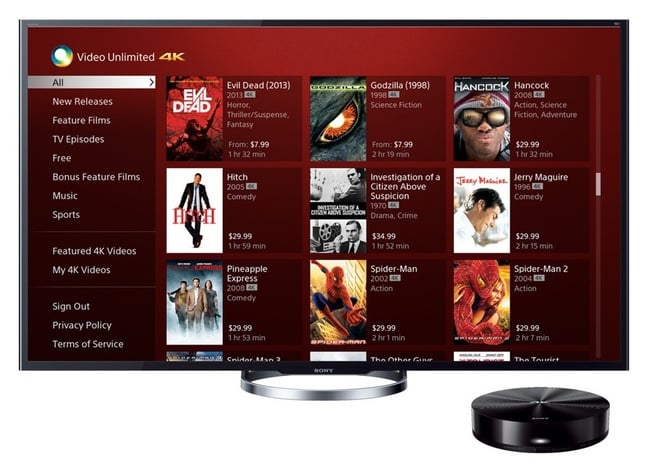 The new Sony 4K Ultra HD-compatible TVs are available in two sizes, the 55-inch XBR-55X850A and the 66-inch XBR-65X850A and both are fitted with Sony’s TRILUMINOS Display technology.

The new Sony’s Video Unlimited 4K service will offer TV episodes for download at $3.99 and feature films for $7.99 for a 24-hour rental or $29.99 for purchase. Sony Electronics President and COO Phil Molyneux explains:

“We have been spearheading the advancement of 4K Ultra HD technology from the start, and have now reached another milestone as promised with the Video Unlimited 4K service going live,”-“Sony 4K Ultra HD TVs featuring our exclusive TRILUMINOS Display have been receiving amazing feedback and now we are bringing the most immersive entertainment experiences to new audiences right in their living rooms.”