Together with its other cameras Sony has announced today, Sony has also announced the VG10 replacement with the arrival of the new NEX-VG20 Handycam. As with the NEX-7 and NEX-5N cameras the VG20 has the ability to interchange its E-mount lenses.

The Sony NEX-VG20 Handycam is equipped with a 16.1 megapixels, Exmor APS HD CMOS together with manual controls to allow for creativity enabling you to tweak the shutter speed, aperture, white balance, and gain. 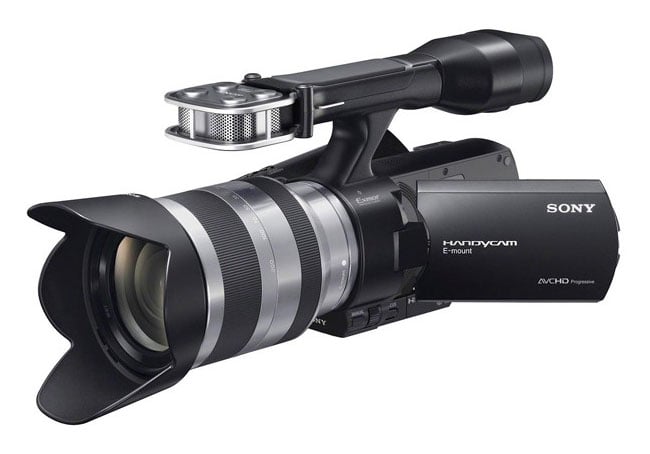 The NEX-VG20 also equipped with a new LCD touchscreen interface and a 270-degree swivel design and includes the same same electronic viewfinder, dual hot and cold accessory shoes, and external mic jack as the older VG10 model the new VG20 is replacing.

Currently there are four E-mount lenses available for the cameras Sony has launched today, but Sony hopes to extend the range to 10 later in the year. But if need be third party lens adapters can be used with the Sony NEX-VG20 Handycam if required.