As well as the Sony NEX-7 and A65 Sony has also officially launched their new NEX-5N. The Sony NEX-5N is a slightly less powerful camera than the NEX-7 but its magnesium-alloy body and features still make it a formidable camera.

The NEX-5N is equipped with a 16.1 megapixel Exmor APS HD CMOS sensor, with a new sensitivity range boosted to ISO 25600, using the and the same Bionz image processor as the NEX-7. Watch a video of the new cameras officially launched today by Sony after the jump. 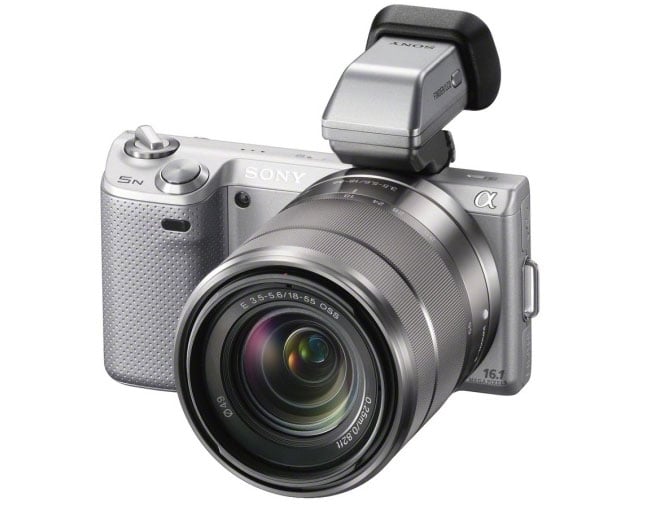 The NEX-5N also has the E-mount interchangeable lens system and is capable of capturing fast-moving action with rapid burst shooting up to 10 frames per second. On the rear is a 7.5cm (3″) tilt-angle Xtra Fine LCD touchscreen (921k dot) screen with TruBlack technology for bright, extremely high contrast image preview even in bright light.

The NEX-5N will come  bundled with a 18-55mm kit lens for $700 and arrive in September 2011. More information and full specifications can be found on the Sony website.