As expected Sony has today officially launched their new NEX-7 all-in-one compact camera with interchangeable lens, the one used by Sony’s with its high-end Alpha a77 DSLR. The Sony NEX-7 is Micro Camera equipped with a 24.3 effective megapixels Exmor APS HD CMOS sensor and boasts the worlds fastest (0.02 sec) release time lag, combined with a quick responsive autofocus.

The NEX-7 is also equipped with a high-resolution XGA OLED Tru-Finder and built-in flash, and is capable of recording full HD movies with 50p/25p. There are also web options allowing you to capture directly as MP4 at 30 FPS at 1440 × 1080 or 64 0× 480 resolutions. 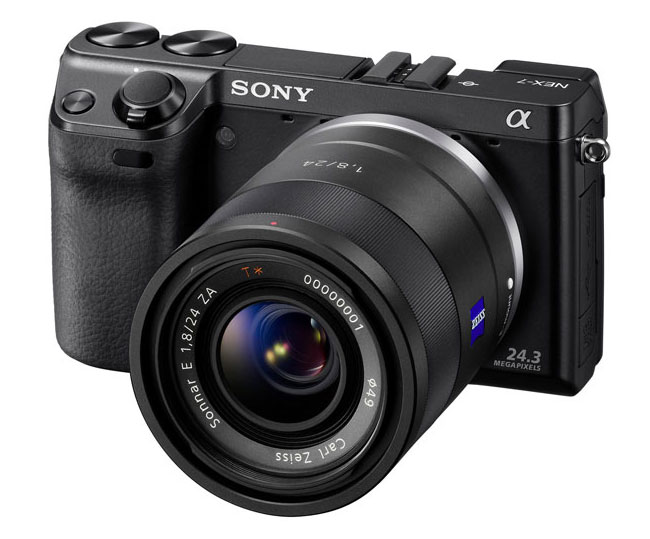 On the rear of the camera there is a  7.5 cm  Xtra Fine LCD that can be angled up to 90 degrees up or 45 degrees down, with TruBlack technology providing improved contrast and  dramatically reducing on-screen reflections.

For more information and full specifications jump over to the Sony NEX-7 Press Release.