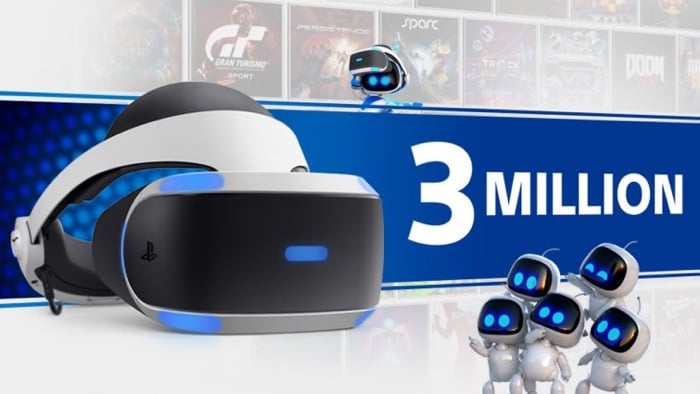 Sony has announced that its sales of its PlayStation VR headsets has set a new milestone, the company has now sold more than 3 million units since the device launched in 2016.

Sony also revealed that they have sold 21.9 million PS VR games and experiences since the device launched with the PlayStation.

We are excited to reveal today that Sony Interactive Entertainment has officially sold-through more than three million PlayStation VR systems worldwide, along with 21.9 million PS VR games and experiences. We’d like to thank all our fans for the amazing support, and we’re thrilled that so many of our gamers have experienced the magic of VR and stepped into the captivating worlds that electrify our senses.

Sony has revealed a number of VR games that are coming this fall, these include Creed: Rise to Glory, Evasion and more.