Integration is the name of the game, and Sony is very much aware of that, making its 2011 Bravia TV line more appealing with its new firmware update that offers better implementation of YouTube, Twitter, and Facebook. 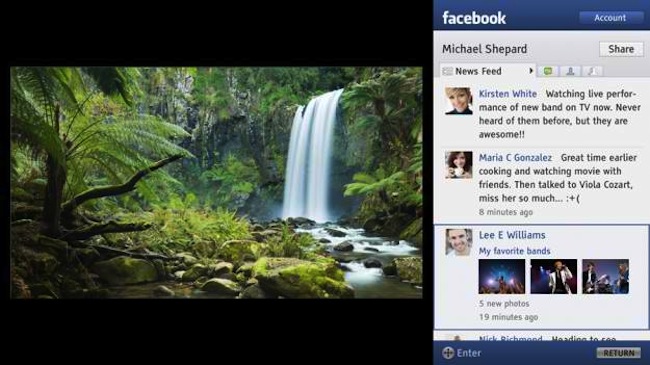 Watching your favorite movie or TV series on your Bravia TV and don’t want to miss out on your friends’ tweets? The new firmware now flashes those tweets at the bottom of the screen, a welcome change as they don’t get in the way of your viewing.

The YouTube widget also received a noteworthy upgrade, with HD videos now able to play on Bravia TVs, which is only fitting. Facebook users are not left behind, as their photos and videos also received a full-screen resolution treatment with the new firmware. Folks in Europe and Asia-Pacific, where the firmware upgrade was reportedly initially available, may also view URLs found in Facebook on the Bravia TV’s own browser.

Overall, the new firmware makes the Bravia TV more socially-connected, flexible, and appealing. Those who prefer all-in-one solutions to their media and social apps will surely put Sony’s Bravia TV series on their shopping list when hunting for their next set.