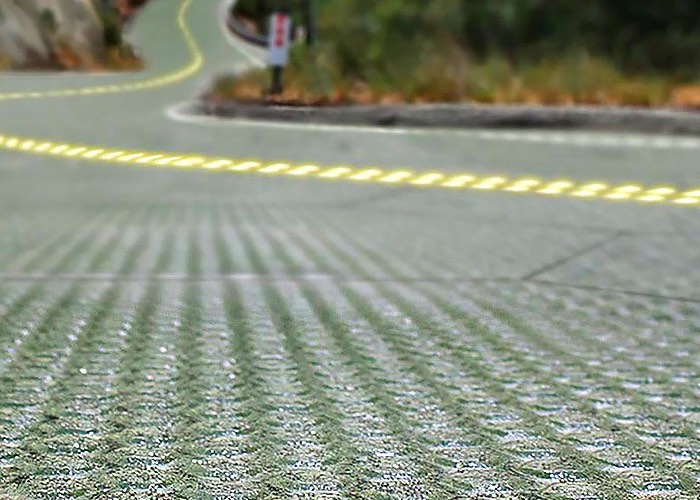 It has been revealed this week that a new solar road surface will start being tested on a small section of Route 66 in Missouri. The new solar road surface has been developed and created by Idaho startup, Solar Roadways takes the form of a modular roadway that include LED lights to create lines and signage without the need for paint.

The modular solar powered surface can also generate heat to prevent snow and ice accumulations say the company and contain microprocessors that make it possible for the modular panels to communicate with each other as well as a central control centre.

The microprocessor is also capable of communicating with vehicles that are driving on the new road surface and due to their modular nature the road surface can be easily repaired without major disruption to traffic. Solar RoadwaysExplained more :

Our goal is to modernize the infrastructure with modular, intelligent panels, while producing clean renewable energy for homes and businesses,” the company says on its website. “We’ll be able to charge electric vehicles with clean energy from the sun, first on our solar parking lots and when we have enough highway infrastructure, while driving.

The Colas panels took 5 years to develop and consist of 7 millimeter thick strips glued to the road surface. The strips use a thin film of polycrystalline silicon to make electricity from sunlight. Colas says they have been tested extensively and can withstand the weight of a 6 axle truck. They are also said to be skid resistant.

For more information on the new so the road surface jump over to the various website for details by following the link below.