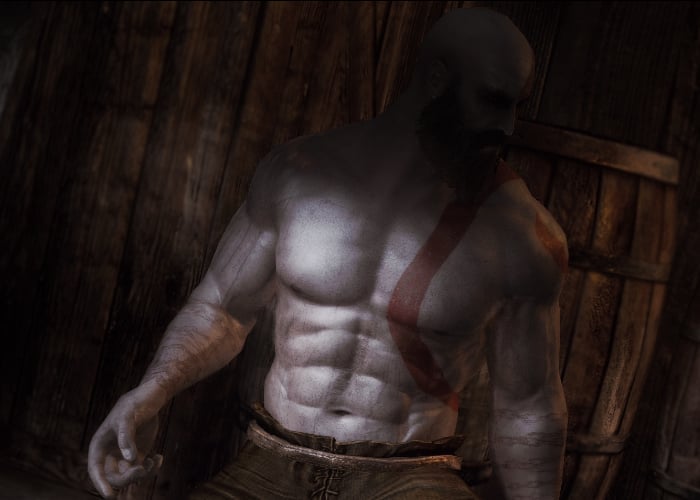 Since its launch way back in 2011 huge amounts of mods have been created for the awesome Skyrim action role-playing video game, with new ones still being created all the time. One new mod worth checking out is the Kratos Skyrim mod for the PC version. Allowing fans of the God of War game on the PlayStation 4 to play as the game’s leading protagonist within Skyrim. The new God of War mod offers a simple character preset for Kratos from the newest God of War game and its creator has also included Kratos custom textures.

“It’s finally here! I know that a lot of you have been asking me to release Kratos that I made in any form, whether it’s a follower, a preset, or just an armor mashup for him. Well, I’ve finally found the time to finish the textures that I was making for him and refine the preset as much as I can. Now, since this is my very first mod, there’s a possibility that I didn’t do something right. However, I tried to make everything as simple as I could, so I guess I’ll have to wait for your feedback to see how well I did the job.” 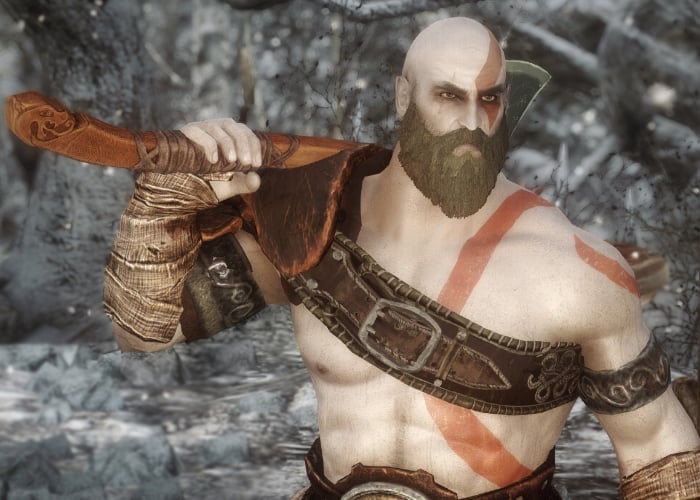 “I’ve been fascinated by the new Viking-inspired take on Kratos and I simply couldn’t pass up the opportunity to bring him to Skyrim (or Enderal, in my case). I always thought how he’d fit so well exploring the Nordic ruins and tombs. Therefore, Kratos had to be a part of my game, and now he can be a part of yours too. To make him look unique (not have the same textures as everyone else in Skyrim) I had to use ”My Vanilla Races”. It’s an amazing mod that doubles the vanilla races and allows you to set your own texture for each one. So, it’s imperative that you have it. Otherwise, the preset is not likely to work properly.

The preset also has the adjustments for the weapon placement (when they’re sheathed). His Leviathan Axe and the Blades of Chaos are on his back (as it should be), just like in the original game. You’ll probably have to install Racemenu (duh) and XPMSE for that to work properly.”

For more details and to download and install in your PC version of Skyrim jump over to the Nexus Mods website by following the link below.