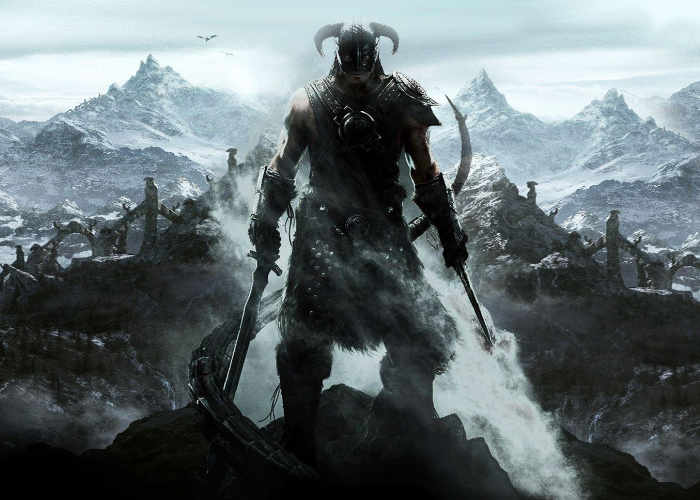 The team over at Digital Foundry have created a new comparison video which shows the differences you can expect while playing Bethesda’s Fallout 4 4K and the new Skyrim 4K edition games on the new Xbox One X vs PS4 Pro. Bethesda has enhanced both the Skyrim and Fallout 4 games for the new Xbox One X providing 4K Ultra HD resolutions for gamers to enjoy but how do they compare to the PlayStation 4 Pro and older generations of the Fallout 4 game? Check out the video created by the team at Digital Foundry to learn more about graphics and frame rates on both flagship consoles from Sony and Microsoft.

Eurogamer explain more about the Skyrim 4K game for Xbox One X :

If there’s a surprise with this patch, it’s that Skyrim Special Edition patch for Xbox One X looks essentially identical to the existing PlayStation 4 Pro game, which already delivers a native 4K presentation. The same TAA solution is in place too, smoothing off edges, and reducing flicker on sub-pixel elements like foliage. The overall impression is detail-rich and very attractive overall, but it is essentially a 4K version of the existing console game, further bolstered – just a touch – by the inclusion of tweaks to draw distance, which can see vegetation elements pushed further out into the background.

However, there has been movement elsewhere within the code – and it’s in turn both welcome and a touch surprising. Dynamic resolution scaling across the horizontal axis, as seen in Fallout 4, also makes its way across to the Xbox One X Skyrim port. It’s surprising because no such technique is in place on the PlayStation 4 Pro version, meaning that on paper at least, the Sony console will have a resolution advantage over Xbox One X in (very) select scenes. That’s something of a surprise bearing in mind Microsoft’s huge memory bandwidth advantage and a lead in the order of 43 per cent in relative GPU compute power over its rival.

For an in-depth review on what you can expect from the Skyrim Xbox One X 4K edition jump over to the Eurogamer website by following the link below.