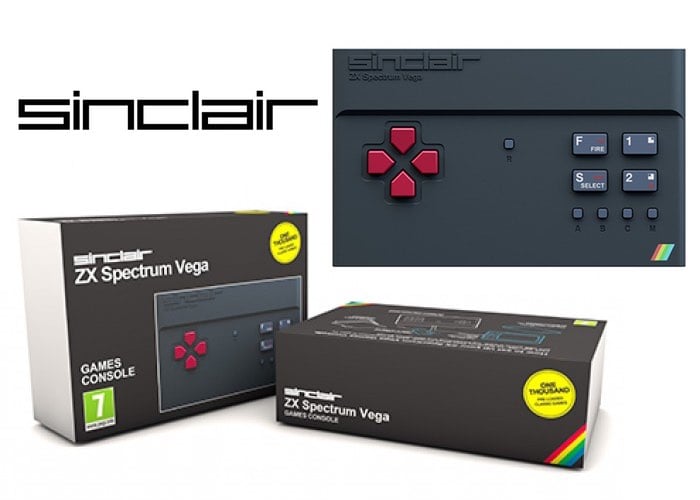 After being successfully funded via the Indiegogo website the Sinclair ZX Spectrum VEGA handheld controller and game system will be launching in just 10 days time and will be available to purchase on August 24th priced at £99.99.

• Allows you to play almost any ZX Spectrum game via its micro SD Card slot. Well-known retro gaming sites carry tens of thousands of titles that you can legally download
• Can play games you yourself have programmed
• Improves on the original – no more waiting for a game to load via tape
• Comes complete with ready-mapped buttons for all included games, as well as the option of using the in-built virtual keyboard
• Connects to both your TV’s USB port (for power) and its video/audio inputs (for the signal) no other cables are needed
• Includes a selection of games such as classics that will keep long-term fans happy and newly-written games that will introduce a whole new generation to the wonderful world of the Sinclair ZX Spectrum Vega
• Is designed and manufactured in the UK – the home of the original ZX Spectrum revolution
• Is rated by PEGI as suitable for all adults and children aged seven and upwards
• SD card compatible, so if there’s a specific gaming missing from this list, you can easily add it using an SD card

To view a list of the thousand games and to pre-order your Sinclair ZX Spectrum VEGA for £100 jump over to the Fun Stock website below.