Sega has announced at E3 2012 that it has partnered with NASCAR driver Danica Patrick. Patrick races for JR Motorsports and will be featured as a playable character in the coming Sega videogame Sonic & All-Stars Racing Transformed. The game is set to launch this holiday season. 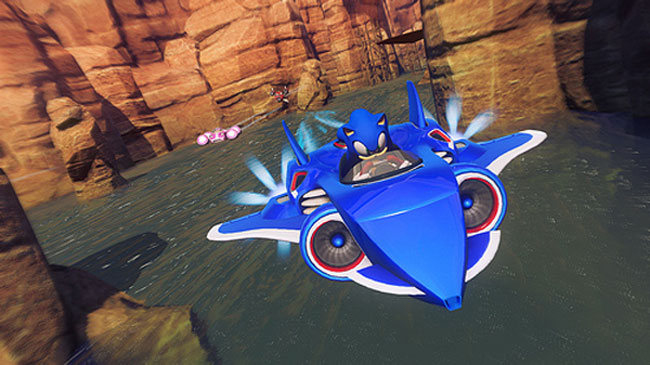 This will be a racing videogame the features animated characters including Sonic, Knuckles, and a bunch of others from Sega franchises. The tracks that are raised on the game will be based on other Sega video games. The vehicles are also transformable for different racing surfaces.

The game will see players racing on water, in the air, and on the ground. “It’s a very exciting experience since I’ll be sharing the screen with such an iconic character,” said Danica Patrick. “I cannot wait for gamers to jump into my customized, transformable vehicles and give Sonic a run for his rings this holiday season!”