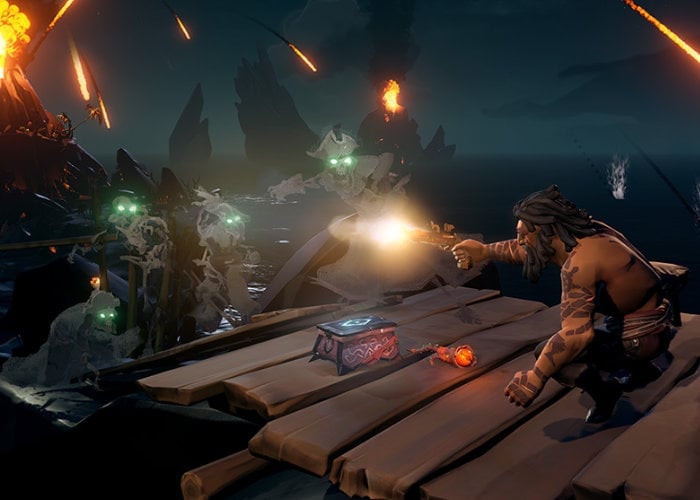 A new monthly update has been rolled out to the Sea of Thieves game this week in the form of Dark Relics, bringing with it plenty of new voyages a Rowboat fitted with a harpoon gun and many more additions and changes. 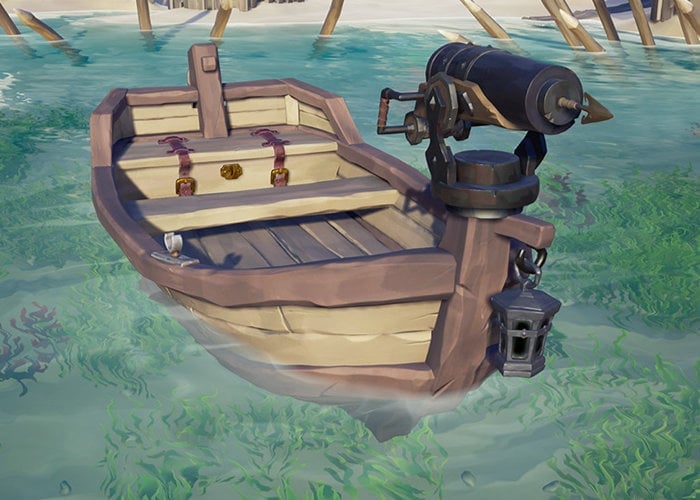 – Dark Relic Voyages – The Order of Souls’ representatives have begun to experience visions of skeleton activity across the sea, including rituals performed with the Dark Relics and what appear to be Ritual Skulls. They want those Dark Relics back before something catastrophic happens, and will pay good money to anyone who can retrieve them. Duke has been tipped off to the potential locations of these artefacts, and will offer pirates a range of Voyages costing five Doubloons to seek and retrieve them. All Dark Relic Voyages are time-limited for the duration of the Dark Relics update.

– Dark Relic Athena’s Fortune Voyage – Pirate Legends are tasked with a Voyage to head into The Devil’s Roar to collect more of these artefacts. Costing 10 Doubloons, these Athena Voyages yield more Dark Relics than a regular Voyage. The Mysterious Stranger is also very curious about the Ritual Skulls and will personally take them off the hands of Pirate Legends. All Dark Relic Voyages are time-limited for the duration of the Dark Relics update.

Find out more on the official Sea of Thieves’ website.